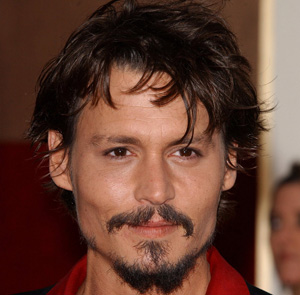 Today is all good news from two of my favorite directors!

Several years back, Terry Gilliam tried to make his take on Miguel de Cervantes’ Don Quixote mythos titled The Man Who Killed Don Quixote starring Johnny Depp as an ad executive who travels through time and becomes a version of Sancho Panza, Quixote’s mythical sidekick. I’m not going to go into the messy details, but only a few days into filming, biblical-level problems started happening left and right, which resulted in the production completely shutting down and the project being abandoned.

Although the film wasn’t made, the guys who were supposed to be doing the behind-the-scenes featurettes turned what they had filmed into a documentary titled Lost in La Mancha, chronicling the events that brought the production to a halt. Finally, it looks as if Gilliam is going to be able to get this project going again, and possibly with Depp coming back to the role he was supposed to play.

From what I understand, Gilliam and his writing partner Tony Grisoni have re-written the script and have updated and changed a few things, but the gist of it will probably be consistent with the earlier version. I like to believe that everything happens for a reason. If you look at the documentary Lost in La Mancha, it’s almost painful to see glimpses of a film that would’ve been great, but perhaps the reason that film didn’t happen then was because it was meant to happen now.

Whatever the reason, Gilliam is the man, and I can’t wait for this one to come out.

Since then, whenever that movie would randomly pop into my head I would always think the same thing: If a movie had to be made about Sinatra and/or the Rat Pack, Martin Scorsese would have to direct it. That thought was based entirely on gut feeling. Instinct, if you will. Scorsese just always felt like the guy who should do a Rat Pack or Sinatra movie, end of story.

Can you guess where this is going? Scorsese is officially going to direct a biopic focusing on Frank Sinatra! Hallelujah, praise Jesus! (Oh wait, I’m Jewish.) This is sensational news.

No word yet on who is being courted for the role of Sinatra, but the screenplay is being written by Phil Alden Robinson who also wrote Field of Dreams, Sneakers and Freedom Song.

For every nine projects that get announced that are pointless and stupid, we get a project like this that you know is going to be off the hook. I’m willing to bet that this film will most likely be in the running for lots of Oscars the year it comes out. If Scorsese went Andy Warhol on us and made films that were two-hour close-ups of silverware, it would still probably be 10 times better than half the garbage that gets made these days.