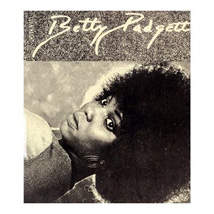 Padgett is a little-known soul/pop singer who had her day in the spotlight back in the mid-’70s, and this is a reissue of her debut LP from 1975. The reissue came about after Shane “Deejay Sureshot” Hunt found a copy of the vinyl in the back room of an L.A. record store and was impressed enough by what he heard to push for a release on CD.

The trouble is that most are not going to hear what Hunt heard. True, Padgett is a good singer, but most of the material she has to work with here now sounds very dated.

The song “Sugar Daddy” was originally released as a 12-inch disco single, and two versions of the party-girl groove are the only highlights among nine cuts. Otherwise Padgett gets bogged down in Motown-lite, tepid ballads and way too much faux-reggae.

Padgett has had a successful career as a singer and still performs today, but the dredging up of this obscurity will do nothing to further her career.