Great Sites to Surf: Who Needs TV When You’ve Got Broadband 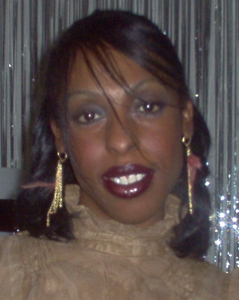 My friend called me in hysterics last week. It seems that, along with his embarrassment and frustration in being unemployed this long, he’s also falling behind on his bills.

Yes, the good folks at Dell saw fit to repossess dude’s massive plasma screen TV. I’ve been down this road before; repossessions and fiscal irresponsibility are a scent most of us wear well these days.

His main concern was how he’d spend his spare time since he no longer has his impressive home entertainment system. It took little old me to remind him that he’s got the next best thing: Internet (duh!).

When looking to find entertainment online, it’s never a difficult search. There are countless free sites devoted to nearly anything the mind can imagine. While I’m sure everyone’s got their personal favorites, there are a few really cool ones that stand out and deserve attention.

Looking for lots of laughs? Then let your fingers walk you to blackpeopleloveus.com. This site offers a hysterical look at fictional couple Sally and Johnny. Both Caucasian, their one claim to fame is how well liked they are by all of their friends of African descent. This site is a witty, racial satire – it’s meant to be enjoyed, so try not to take it personally if you’ve committed any of the listed offenses.

In the interest of achieving balance, you can also take a look at stuffwhitepeoplelike.com, which gives inside knowledge into the very thing its name implies.

Missed that funny episode of “Saturday Night Live” everyone’s been raving about? Want to see so-and-so’s rousing performance on last week’s “American Idol?” You can do so at hulu.com. Hulu is different than YouTube because it aggregates its content in easily accessible clusters –basically dissecting a program in its entirety, which allows for better viewing. Not only that, but their television commercials are really cool.

Now that social media games have totally kicked the console in the family jewels, many companies have switched their formats. Looking for a great online site for gamers of all ages and genders? Try acclaim.com. This Hollywood, Calif.-based company is hell-bent on bringing the best user experience to the PC, allowing anyone who wants to play to find a title that they can get into. I’ve played “Ponystars,” which is like My Little Pony for those with a hyperactive biological clock. I once spent days buying stuff for my horsey to make her pretty and strong and smell good and … OK, I digress.

If games aren’t your thing but comedy is, you have got to check out channel101.com. This site boasts the FUNNIEST, craziest and most buzzworthy Web series imaginable. Many people may have heard of “Yacht Rock,” which became an overnight sensation here. And channel 101 is much more democratic than the networks; each month, the site holds an event allowing the public to screen new submissions and vote the best shows onto the roster.

For the foremost authority in fashion and celebrity news, hit up lindzi.com. Host Lindzi Scharf (of WireImage fame) takes her readers through the best of Hollywood with her chic and classy look at the red carpet. She also gets some help from her super cute beau (celeb photographer Michael Buckner), who contributes stunning images to the site.

Finally, for answers about your distant future, or at the very least, next Wednesday morning, llewellyn.com can help. Just click on the “Fun and Free” tarot card link and ask away. Although these readings are for entertainment purposes only, they’re a great way to get some playful insight on life.

Fun for Less
Fun on a Budget: The Hollywood Way!
2,846 views

Fun for Less
Dollars and Scents: Fab Fragrances Under $20
3,856 views

Fun for Less
Getting Hitched For Mere Cents
2,146 views