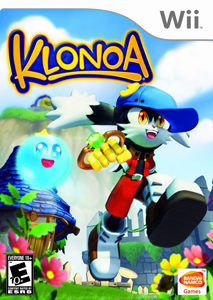 Gaming has gone through many of the pop culture landmarks. First it was obscure and unknown – the realm of computer programmers who passed copies of bootlegs around. Then it got its first brush with mainstream society in arcades and then again with home consoles.

Soon gaming became a huge phenomenon, but just as quickly it began to develop a stigma of nerdiness. By the time the Playstation2 and Xbox came out, the public had finally accepted gaming as more than a fad and embraced it.

Like all pop culture, gaming did have its retro phase. Power and 1-Up mushrooms adorned T-shirts, “Space Invaders” infiltrated belt buckles and countless best-of collections swarmed the shelves. Unfortunately, retro can only be cool and spread for so long before it – like all other trends – grows stale and looses popularity. Fans of the old school move on to embrace new tech and games, forgetting their rediscovered love of a simpler gaming time, and game companies have to follow their lead.

While nobody could deny that Namco Bandai has earned their place in gaming history with classics like “Pac-Man,” they continue to earn their seat at the modern gaming table with powerhouses like “Tekken,” “Soulcalibur” and the “Tales” series. That said, lovers of our shared gaming past still have a friend in Namco Bandai. Within the last month, they have released the triumphant returns of classics that shine as brightly as brand new titles.

Fans of side-scrolling platformers will be happy to know that the 2.5D Playstation classic “Klonoa: Door to Phantomile” has received a full makeover and is now available for the Nintendo Wii. While the 2.5D genre (named because the player is confined to 2D movement in a 3D world) may have been overlooked as 3D gaming became more popular, “Klonoa” has always been a shining example of innovative use of the style. This remake, now simply called “Klonoa,” keeps all of the quirky characters and twisty puzzles, but the newly updated graphics actually seem to make the 2.5D work better than the original.

“Klonoa”’s relaunch does not end with improved graphics, though. Players can now explore Phantomile with either the Wii controller, controller and nunchuk or the classic controller, giving old and new fans the opportunity to explore this charming yet deceptively difficult platformer however they want.

Another great step is the introduction of voice acting, allowing younger players to enjoy the game. Of course, purists can always change the voices back to Phantomile-speech.

The original did an amazing job of capturing the period anime style and combining it with the hack-and-slash gameplay of “Dynasty Warriors,” and the sequel takes it to another level. In addition to an expanded “Official Mode” where players can explore the timelines of four recurring Gundam characters, players can now build friendships and mobile suits through the intriguing Mission Mode. Versus Mode also offers three unique ways to prove that you are a far superior mobile suit pilot than your buddies.

Ultimately, this game still assumes that you like either the endless slashing of “Dynasty Warriors” or the space drama of “Gundam,” but it definitely rewards the faithful. Its debut on the Playstation2 means that even the outdated faithful who couldn’t get either version for the next-gen systems can still hack their way to victory.