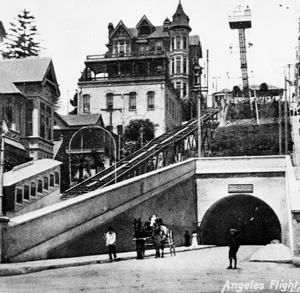 Last week marked the 50th anniversary of the forced eviction of the final Mexican-American families from Chavez Ravine. In the 1940s, the land that is now Dodger Stadium was a community of poor immigrants, pushed there by housing discrimination in other parts of the city.

Proclaiming the area was blighted, and in need of redevelopment, the city got evolved and attempted to evict, relocate and buy out the families. When this didn’t work, given the political climate of the time, shouts echoed that the community was a socialist commune.

Finally, in 1962, the final battle took place between the residents of Palo Verde, La Loma and La Bishop and Los Angeles. In the end, Chavez Ravine lost and the Dodgers – as usual – won.

Lost to Progress: The Modernization of Los Angeles, at the Heritage Square Museum, is an examination of three lost cities of onetime gold: Bunker Hill, Chavez Ravine and the original Chinatown.

In case you haven’t been outdoors in the past century, Los Angeles is always updating its image. A constant city of reinvention and replacement – the houses, the communities, the ethnicities … one always gives way to the next, which is merely a bookmark for the next replacement. A city without an identity, Lost shows what can no longer be found.

The argument to gentrify these communities was always the same: It will make Los Angeles better. But is Times Square better now that it’s been Disneyfied? When does Los Angeles cease to be Los Angeles? Clean something too much, and you scrub away what made it unique.

Even if you disagree, Lost investigates that nagging question of any reconstruction: “Was it worth it?”