Health Clinics to the Rescue? 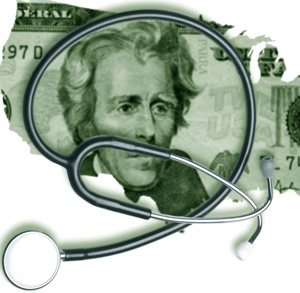 With the Associated Press reporting May 12 that Medicare funds are now expected to run out by 2017, closing in by an estimated two years thanks to an unemployment rate that’s led to a decrease in the proverbial pot, you and I (assuming you were born after 1952) won’t have much of a health care safety net in the years to come. But who’s counting the years?

In 2008, California had sought to help close California’s increasing debt by making cuts to Medi-Cal, which would mean a 10 percent reimbursement rate reduction among providers who accepted Medi-Cal patients. With providers already reimbursed a mere, approximate $18-24 per patient, reimbursement cuts would force a number of providers to stop accepting Medi-Cal altogether, those new, lower rates not being worth their while, making it difficult for patients on Medi-Cal – those with income restrictions who are disabled, parents, over 65 or under 21 – to receive medical care.

But then, there are further complications to the above. As of July 1, 2009, Medi-Cal will stop offering certain services to adults over the age of 21 who are not pregnant (as stated by the Department of Health Care Services): “Dental services, acupuncture services, audiology services, speech therapy services, chiropractic services, optometric and optician services, podiatric services, psychology services and incontinence creams and washes.”

By June 30, 2009, funding cutbacks will also mean the end of the Children’s Treatment Program, which reimburses Medi-Cal and Denti-Cal providers for follow-up treatment after the diagnosis of a condition detected during a Child Health and Disability Prevention Health (CHDP) assessment. On the upside, President Obama did approve in February the expansion of SCHIP, which will keep an estimated 900,000 low-income children in California insured under the Healthy Families program, but federal funds only cover two-thirds of total funding for the program, and our state’s alleging that it will run out of money in July if its budget is not resolved. In sum, California’s in a bind.

If you are a working, single individual making just enough money not to qualify for a low-income program, you’re left with the options of either covering the cost of your own health insurance (if you have the option, covering what your employer does not), or doing as many have done in relying on hospital emergency room care when a weeks-long delay for primary care cannot suffice.

According to the California Hospital Association, emergency room visits have increased nearly a third by the uninsured since the start of 2008 – the Kaiser Foundation claimed, as of 2006, that approximately 20 percent of those uninsured relied on the ER for primary care. This means, first, that true emergencies run higher mortality risks due to inaccessibility of space, and second, that California’s debt is worsened in spending several billion dollars each year to cover an estimated seven million uninsured for uncompensated care.

So, what’s left? A safety net of community clinics? They are just that – a safety net – but even these are at high risk during our present deficit.

The Clinicas del Camino Real chain of clinics in Ventura County, providing care over the course of approximately 250,000 annual visits, will see individual sites lose up to 84 percent of its Medi-Cal funding once July 1 cuts take effect, according to the Ventura County Star. This puts two clinic sites at risk for closure. The California Primary Care Association filed a lawsuit against the state last month, pertaining to these cuts, which will certainly affect clinic reimbursement funding if enforced.

Some sites are thriving, such as the St. John’s Well Child and Family Clinic, which recently opened its Mark Taper Foundation building and Dr. Kenneth Williams Community Health Center in South Los Angeles, and is equipped for both preventative care classes and an estimated 7,000 primary care visits to low-income residents each year. And the Saban Free Clinic, which provided over 59,000 visits during the 2007-2008 year, spread over several locations in Los Angeles, is able to provide services even more comprehensive, ranging from medical and dental care to free showers.

Clinics like these, however, are largely assisted by private donations and grants, a luxury that many clinics across the state do not have. Should California fall victim to a prolonged public health emergency – say, an extended swine flu outbreak, for which the California Association of Public Health Laboratory Directors claims equipment would cost approximately $10 million, and for which our clinics and emergency rooms would be overwhelmed, it seems our population would be in a devastating crisis.

What is the solution, then? An ounce of prevention, and – with luck – a trickle down of some of that health reform we’re hearing so much about.