Dane Cook: Delivers His Most Mature Comedy Yet in ISolated INcident 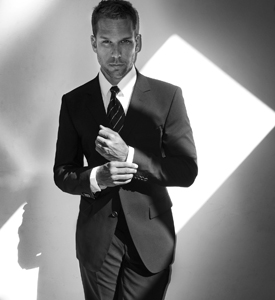 Dane Cook is not your mother’s stand-up comedian, no matter what Oprah says. In fact, with his often vulgar, always-loud observational humor and a career built on Internet hype, he is the controversial product of a new generation of entertainment. And his latest special only solidifies his career’s defiance of mainstream stand-up norms.

Far away from the cynical musings and “what is the deal with airline food?” clichés associated with comedy club stages of the ’90s (and even further away from the maybe-stolen lackluster jokes showcased in the arena shows-turned-CD/DVD releases of his past), Cook’s latest hour-long offering, ISolated INcident, mixes social commentary and personal reflection with his signature obscene sex tales for a comedy session that’s funny for the brain-mush left in a post-Bush age.

After moving to Los Angeles from Boston in the mid-’90s, Cook took on the local comedy clubs and made a name for himself as the ever-smiling, energetic pretty boy, eventually earning a spot on a 1998 episode of Comedy Central’s “Premium Blend” and starting a relationship with the network that would launch him to fame.

Since coming under the Comedy Central spotlight over a decade ago, Cook’s resume has grown like that of past comedians oozing from underground to mainstream – CD/DVDs, tour documentaries and numerous film appearances – but despite the success of his comedy albums (One went platinum, one double platinum and one gold.), most of Cook’s major onscreen performances (with Jessica Alba in Good Luck Chuck and Jason Biggs in My Best Friend’s Girl) have been labeled busts.

Unlike comedians in the past, however, the launch of Cook’s career coincided with a new generation of Internet usage, which has both fueled his popularity – his Web site receives half a million hits per day, and he has 2.4 million MySpace friends – and led others to criticize it. Comedians such as Ron White, Jim Breuer and Louis C.K. have spoken out about supposedly stolen jokes (or, at least, uninspired ramblings), and comedy-fan haters have found their place on the Web where “Top 5 Reasons to Hate Dane Cook” and “Dane Cook Blows” posts run rampant.

But what doesn’t kill you only makes you stronger, and Cook has taken the negativity from the last few years and molded it into a newer, positive act that gets its international debut with ISolated INcident.

The purposely mis-capitalized stand-up special aired commercial-free on Comedy Central last weekend (now available on CD/DVD) and showed Cook going back to stand-up basics. With the new special, he hopes to bring people back into the comedy aspect of his career, embrace the haters and show everyone he’s more than just a one trick pony with an invented hand symbol logo.

Filmed with one camera and untouched by a film editor, ISolated INcident is the opposite of his previous two specials. Instead of a multi-angled arena performance like in 2006’s Vicious Circle and 2007’s Rough Around the Edges, Cook chose to film ISolated INcident during the last night of a three-evening residency at his adopted home base, the Hollywood Laugh Factory.

With the former 35,000-seat houses shrunk into the 400-capacity Laugh Factory, Cook is clearly more comfortable with his new routine. His neatly buzzed hair (no more sloppy slacker tussle) matches his closely cropped jokes as 10-minute, Bill Cosby-esque stories from his last releases are trimmed to premise-and-punchline tales that confront his life in comedy head-on.

Cook is blunt, honest and insightful about not-so-happy subjects, too, making tactful jokes about the death of his parents (“I was thinking about calling my mother’s phone one last time, but what if she answers?”), suicide letters (“If you’re not suicidal, it’s an autobiography”) and the day he spent reading “Dane Cook sucks” Web sites (“I’m not a fan anymore. Everything is true.”).

Last Sunday’s airing of ISolated INcident comes nine years to the month after Cook busted into the new millennium with the premiere of his first Comedy Central special, a half-hour performance where a then-28 year-old Cook got sweaty and shirtless making observations about Catholicism, car accidents and usage of the middle finger. His energy was electric. He ran around the stage literally screaming jokes (even writhing on the floor at times), channeling Steve Martin and John Ritter’s physical comedy but over-exaggerating it with his quotable wordplay.

If stand-up comedy was music, Cook’s 2000 debut would be the first Ramones album, a revolution of rock and roll tradition – dumbed down, maybe to some, but, oh, so appealing.

And ISolated INcident taps into that comedic innocence in a way, harvesting his personality instead of his frat boy antics for a raw performance that is the most mature yet. Cook didn’t have to hammer any jokes home or over-annunciate his point (Do you get it? It’s funny because I’m saying it like this.); and because he wasn’t yelling or writhing on the floor, everything is taken as seriously as their subject matter begs.

Part feedback and part give-back, ISolated INcident clears the tension in the air surrounding his rise to sold-out arena tours (making Vicious Circle like the Ramones’ End of the Century), but lays it all on the table with more over-exaggerated sexcapades and references to his “big giant cock.”

He understands what you’re saying, but frankly, he doesn’t care. If stand-up comedy was inter-office e-mail, Dane Cook just replied all.