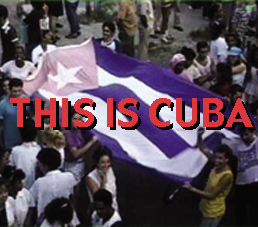 Often overlooked for its Mexican cousin “Cinco de Mayo,” “20 de Mayo” is Cuba’s Independence Day, and although its celebration is suppressed in the now-communist Caribbean country, Cubans in America use the day as a well-deserved excuse to showcase their country’s often-forgotten heritage.

In a twofold testament to the freedom Cuban revolutionaries fought for during the late 1800s, the M.A.C.H.A. Theatre Company has turned their 20 de Mayo festivities into Cuban Cultural Night, which pairs a subversive documentary with 19th century poetry readings and a panel of exiled artists.

Mujeres (Women) Advancing Culture, History and Art is a LGBT community-run performing arts nonprofit that is bridging the gap between straight and gay communities through screenings and events of Hispanic interest.

Tonight’s event, held at M.A.C.H.A.’s West Hollywood headquarters, not only features several testaments to Cuba’s attempts at freedom, but also confronts the irony that the freedom eventually won came only for those who escaped to the U.S.

First, a screening of This Is Cuba, the rare, 1996 hour-long documentary shot illegally by an American tourist with a Hi8. Through brief citizen interviews and first-hand discoveries, director Chris Hume explored the country’s communist failings over 30 years after the Revolution and showcased the unseen world of Castro’s Cuba.

Following the screening is a discussion panel of Cuban artists in exile (most now working within the local entertainment industry) and a reading of poems by José Martí, the revolutionary author whose late-century essays set down an ideological framework that put the war of independence into motion.

As a voice for two opposite sides of Cuba’s history – the independence from Spain and the current oppressive forces implemented by Castro – M.A.C.H.A.’s Cuban Cultural Night is a celebration tinged with depressing reality, a reminder that while the “Cube Libre” battle was won over 100 years ago, the country’s complete independence is yet to come. 7:30.