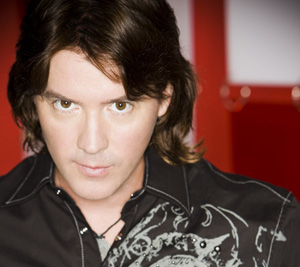 Imagine an Irish-American born in Detroit. Imagine this individual loves piano and has a huge passion for Latin music and Latin-American musicians.

This is what pianist, arranger and songwriter Arthur Hanlon displays in the 10 songs on Piano Sin Fronteras (Piano with No Borders). It is an album gathering eight different artists from eight diverse cultures. It took a year and a half to complete.

“I wanted to make an album with fantastic artists, and this is what happened,” he says. “I knew we could do great songs. It was not something that I planned; it just happened.”

Three of the tracks are solos by Hanlon, “Piano Sin Fronteras” (Piano with No Borders), “Un Dia Nuevo” (A New Day) and “Tempestad” (Storm), on which he plays with such tremendous feeling, it’s as if the resulting sounds of the piano were his own voice. The rest  of the songs are duets.

“Every song came out super organic,” Hanlon admits. “We did not plan anything. Most of them were made at my house just in jamming sessions.”

“‘Lago Calima’ is a song about a lake in Cali, Colombia. Juanes was excited about providing guitar sound to the track,” Hanlon says. “It was the first time Juanes appeared in a tune without him actually singing.”

Piano Sin Fronteras has spent time on the iTunes Latin album chart, and Hanlon is proud of that.

“It is a good feeling because it is doing well,” Hanlon remarks. “I’m just simply happy that the CD was made.”

Hanlon, who wrote or co-wrote the pieces on the album, has the vision of formulating another album like Piano Sin Fronteras in the future.

“I guess I need to find or just make more friends,” Hanlon says with an angelical smile.