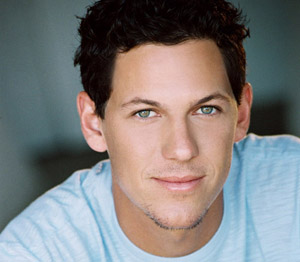 In a town where super agents make multimillion-dollar deals and superheroes dominate the silver screen, filmmaker/actor Jeremy Mitchell has conformed to the conventions of Hollywood simply by non-conforming.

“Just being a developing artist, I’m constantly barraged with expectations from the industry to conform my work and self into a patented mold in order to break in,” he says. “One of my pet peeves in life is any social pressure to fit into the pack instead of standing out.”

His debut feature, the hip-hop drama Know Thy Enemy, follows the journey of Nemesis, a rising Miami rapper who must overcome personal and professional obstacles in order to realize his true potential as an artist. For Mitchell, who wrote, produced and starred in the film, the underlying theme of individuality overcoming corporate manipulation is one he knows all too well.

“The character of Nemesis created a vehicle to explore both the consequences of caving in and the desire to find your own voice,” he explains.

Shot on an ultra-low budget in South Florida, Know Thy Enemy, which will be released on DVD by Lionsgate May 26, was initially conceived under the mindset that available resources would be utilized rather than waiting for investors to pour in huge amounts of money.

“We had access to a 5,000 seat concert venue and built a script around it,” he says. “Of course, we soon lost the venue, but the script was now in place.”

The approach was fundamentally guerilla in its style, but minor setbacks aside, the tactic proved effective.

“The lost venue ultimately was beneficial as we opened up the shoot to locations throughout South Florida,” he says.

The coming months will also see the DVD release of Harder They Fall (available June 16), a coming of age action/drama that follows a pair of kickboxing rivals as they come to blows on the streets of Miami. Mitchell had a supporting role in the film and also served as co-producer.

“Harder They Fall was [director Lee Cipolla’s] feature directing debut, based off a 15-minute short he did with his high school buddies as the leads,” Mitchell says. “It played a number of festivals and won some awards between its finish and the beginning of Know Thy Enemy.”

When most filmmakers spend an entire lifetime trying to get their movies made, it can be natural for someone under the age of 30 (Mitchell is 26) to be less than gracious when two of his films are simultaneously bought and distributed. For Jeremy Mitchell, however, the experience has been quite humbling.

“I used to sometimes wonder whether people who made big movies or starred in them were real and if anyone real, like me, could ever get there. But I didn’t dwell on it. I had a lot of work to do.”

And busy he is. Between the publicity for the two features, Mitchell is currently developing a TV series loosely based on his experiences as a former professional tennis player and has a fight project in the works that will serve as a sequel to Harder They Fall.

As for the future, Mitchell is optimistic but realizes there is still plenty of work to do.

“Honestly, it’s really exciting to see my goals reaching fruition. This was a big first step, and I’m really happy with it, but I already see way bigger steps happening in the near future.”