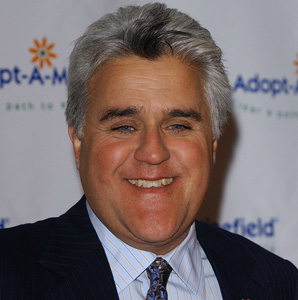 Television has come a long way since “The Ed Sullivan Show.” With reality TV dominating the airwaves due to its instant gratification and lucrative profit margin, the landscape will never be what it once was.

The largest casualty seems to be NBC. The famous peacock seems to be losing its feathers one by one, and its final pluck could be caused by how they handle their crown jewel: “The Tonight Show.” As the host of the highest-rated talk show on air, Jay Leno has owned the late-night world for years.

But now, they are letting Conan O’Brien take over Leno’s spot, and Mr. Late Night Leno will be taking his show to the 10 p.m. slot in September, providing NBC with a dangerous amount of talk in the evenings when other networks are hustling their dramas and comedies.

The finale of “The Tonight Show” as we know it, a classy fun look at life from the West Coast, will come to an end Friday. Starting in September, Jay Leno will be hosting a comedy-talk show from 10 p.m. to 11 p.m. that is boasting big celebs and “all your favorite skits” from his run on “The Tonight Show.” The major difference with the show is now it will have to compete against scripted heavyweights like “CSI” that allow viewers to forget about reality and escape for an hour.

The question here isn’t if O’Brien will be able to hold NBC’s late-night lead over Letterman, but how long viewers will want to watch “talk” after a long, hard day at the office. Leno tried to move his show to other networks and keep the same spot, but NBC didn’t want their star quarterback playing for the other team. Throwing buckets of money to keep Leno at home on NBC could not only turn viewers off, but ultimately tarnish Leno’s stock as a late night host by setting him up to fail.

As if this wasn’t enough, NBC also announced it will be canceling “My Name Is Earl” and “Medium,” two more solid shows that helped entertain viewers before they had to sit and watch the news before falling asleep to their favorite silver-haired host. Only the summer ratings will tell the final story in the chapter of Leno and his late-night legacy.