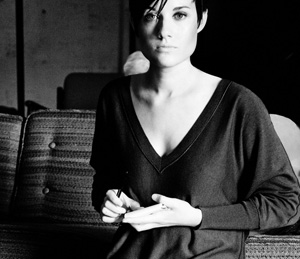 Each artist contributes a track from her latest album, and each is assigned a Greek goddess name; for example Jenson is Thalia (the Muse of Comedy), Taylor is Erato (the Muse of Lyrics) and Boucher is Terpsichore (the Muse of Dance and Choral Song). Besides having fun with the Greek comparisons, the Modern Muses are playing a far more important role: a portion of all proceeds from the compilation is being donated to Global Green, the American arm of the environmental non-profit agency Green Cross International.

Besides the standard CD issue, Uplifter will be available in a deluxe edition with two new songs and with a bonus 83-minute documentary DVD called The Road to 311 Day that chronicles the lead-up to the band’s 3-11 Day show in New Orleans in 2008. The third package will be a double gatefold etched vinyl edition.

The band will be touring nationally to promote the new release, and you can see them locally when the tour begins at the Santa Barbara Bowl June 5 or when it ends at the Verizon Wireless Amphitheatre in Irvine July 12.

Aggronautix is set to introduce a series of “anti-bobblehead” collectible figures beginning with the likenesses of infamous punk figures G.G. Allin and Meatmen frontman Tesco Vee. The figures are called Throbbleheads, and they’re made of a lightweight polyresin, stand seven-inches tall and come packaged in a tri-windowed box.

The outrageous Allin died of a drug overdose in 1993, but Tesco Vee is alive and active and says he loves the Aggronautix tribute.

“As a toy collector of two decades and a classic bobblehead collector, imagine how geeked I became when informed that yours truly would enter the pantheon of Throbblehead punk rock losers along with poopy soulmate G.G. Allin!”

Both figures are numbered limited editions and can be found at tattoo parlors, comic shops and various other indie retailers or online at aggronautix.com. Next up in the series will be a special two-headed Dwarves Throbble.

The Bay Area dub-hop outfit known as Heavyweight Dub Champion has just released new music called Rise of the Champion Nation. Band members Resurrector, Totter Todd, Stero Lion and Jillian Ann are joined this time out by a host of guest vocalists including Dr. Israel, A.P.O.S.T.L.E., Wu-Tang’s Killah Priest and KRS-ONE who appears on a trio of songs; “Arrival,” “Rise” and “King of the Mountain.”

The band is touring behind the release, and Resurrector says that they have a special name for what happens during live shows.

“We love the flow of energy between us and our audience; it’s a collective exchange that we call ‘the liberation process.’”

Get yourself liberated by attending Heavyweight Dub Champion’s show at the House of Blues Sunset Strip June 17.