Off Menu: A Tale of Two In-N-Outs 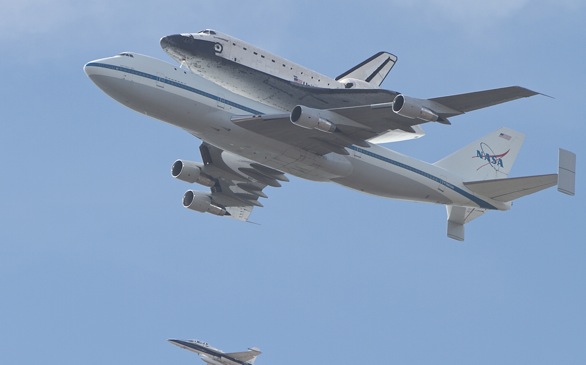 Call me crazy, call me tabernacle blasphemous, but the two just don’t jive. In-N-Out is a SoCal institution, its sparse menu stretched and molded into new and ever-evolving variations by the residents of this car-mad, burger-mad metropolis.

As I’ve suggested before in this column, In-N-Out has its own mythos – wafting like the smell of grease over a freeway – from obvious culinary excellence to chipper, well-treated employees and peculiar religious symbology on its wrappers (check out the inner ring of the bottom of your soda cup or the outer covering of your burger for a Biblical verse fast-food starter guide). In-N-Out is the gift that everyone in Los Angeles and the Southland takes for granted, and the rest of the country obsessively craves.

But this mythos was in particularly good form last week when I ate at two franchises in the span of 48 hours that could not have been more different.

On Friday, I dined regally at the In-N-Out at Slauson and Pacific. It was the truest, and I daresay one of the best, incarnations of that red-yellow-white, big-arrowed sign of happiness.

The place was jammed, every table inside and out taken, the drive-thru swarming with cars. The microphone and loudspeaker belting out order numbers delivered in that perfect, infuriating unintelligibility where every number sounded like the other, and the entire population of the restaurant not already face-deep in a burger shimmied to the counter with the hope that their red tray was ready.

Ordering a meal, the “with or without onions?” question rarely needed to be asked. Anyone who didn’t specify in their preordained answer to this query was treated to a knowing smile from the employees in their dapper greasy-sailor hats and the surrounding customers.

Virgin, they all thought. And there were very few In-N-Out virgins. Here were the experts. One customer had Animal-style fries and a grilled cheese, another had a Flying Dutchman; there was even one with a french fry/burger contraption that I’d never seen before.

With the oil from the fryer mixing with the exhaust fumes from the cars idling outside, it was in every way the In-N-Out that I see playing in my eyelids when a double-double and Neapolitan shake sounds just right.

On Sunday, 48 hours later, I In-N-Outed in Washington City, Utah. This franchise holds the distinction as being the only one in Utah, and the only one outside the hubs of California, Nevada and Arizona. It is the last outpost of fine burgering as I-15 wends away from ocean and desert into the plateaus and foothills of the Rocky Mountain west.

Driving from Los Angeles, on the dead stretch of road outside of Las Vegas heading north, the lack of any discernable light under the blinks of the ultra-bright stars makes one hungry, and I called ahead to the Washington City outpost to confirm that they were open until the traditional 1 a.m. They were, and when I arrived, they were indeed the only establishment in town open at the exhausting hour of 11 p.m.

I was one of two patrons in the immaculate dining area. Three employees, extra chipper but skittish in the dark like those big-eyed monkeys in the nocturnal zoo exhibits, seemed genuinely surprised at my arrival. The swath of grilling space behind the register was home to one lonely and very, very cooked patty.

I barely got my order out before being asked if I wanted onions or no onions. I was told to take a seat, “serve myself from the fountain drinks” and wait for order number two.

“Two? Two?” the cashier called out in a crystal clear voice, almost a whisper against the tinny ring of the florescent lights in the ceiling. “Thanks so much for dining with us,” she said as I sat in my booth. “I hope you enjoy your experience with In And Out.”

There are rules to be followed and a code to be upheld. In-N-Out isn’t just a place to eat; it’s an infusion of lifestyle, one that doesn’t just clog your arteries or leave your breath smelling of onions (or not), but leaves a full-bellied memory of warm, smoggy nights under palm trees reading Scripture off the wrapper of the most delicious burger in God’s great creation.