Final-ly: Four Wins from the Championship 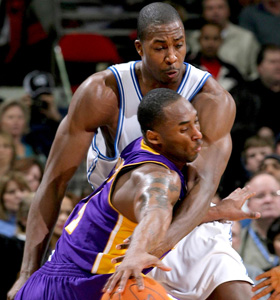 It’s been a tough journey for the Lakers to the Western Conference Title, culminating in a resounding 119-92 game six win over the Nuggets in Denver Friday. In what was probably their most solid post-season performance thus far; the team offered a glimpse of the damage they can do when playing to potential.

Although many were hoping for a Kobe Bryant/LeBron James face-off in the finals, the battle with the Magic could be just as exciting. With their dangerous inside-out game centered around Defensive Player of the Year Dwight Howard, Orlando pounded Cleveland 103-90 to take the Eastern Conference crown Saturday.

The Lakers lost both regular season games against Orlando. But if they stay focused they could win in five, but judging by the Lakers inconsistent play, it could easily be a seven-game series.

The first two finals match-ups are Thursday and Sunday at Staples. Games three, four and five (if necessary) are June 9, 11 and 14 in Orlando.