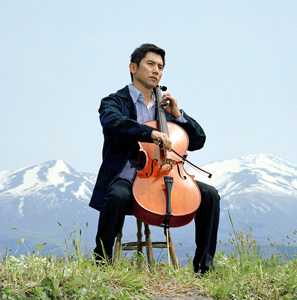 For many cinemaphiles who were sitting at home on a particular Sunday last February watching a certain awards show, there seemed to be a major mistake made when Liam Neeson opened the gold, prestigious envelope.

The unexpected win by a film that received little attention from the general public up until that point brought to light a Japanese work of cinematic art that is as delicate in subject matter as it is majestic through detail. To make a broad generalization about the film’s message would be like judging it by its poster, which shows a man playing the cello on a green hill, likely taken straight from “The Sound of Music.”

Daigo Kobayashi (Masahiro Motoki) is passionate about two things: his family and his cello. He’s living his dream until the orchestra for which he plays is dissolved, and he is left jobless.

Daigo moves back to his hometown with his wife in tow; he hopes to find work in the fresh environment. It is a classified ad entitled “Departures” that catches his eye. Thinking it’s for a position at a travel agency, Daigo answers it, only to discover it corresponds with the position of “Nokanshi” or “encoffineer.”

Without a direct translation, “Nokanshi” is basically an embalmer or funeral professional who prepares deceased bodies for burial and entry into the next life. Though his wife and friends try to convince him to quit his new occupation, Daigo is not intimidated by the job’s negative associations.

Nonetheless, he does his job with tremendous dignity and sincerity. After all, in the Japanese culture this process is precise and refined, involving an elaborate ritual of preparation and presentation.

As the gatekeeper between life and death, Daigo uncovers the comedy of death, the tragedy of life and the spectrum that lies in between in this profoundly joyful exploration into the meaning of living.

Departures demystifies and destabilizes the cultural taboo surrounding death. The film does not try so much to answer the impossible, but rather it plays with ideas that are very much in our human vocabulary. Themes of reconciliation, pride and understanding are strung intricately throughout the piece that shines golden with heartwarming scenes and outstanding acting performances.

This film can be easily summed up in just a few words, and although everyone’s a critic nowadays, maybe you shouldn’t judge so quickly. Because, really, the poster does it no justice.


Departures is currently in select theaters.
Article posted on 6/1/2009
This article has been viewed 1653 times.