Nashville Stars: The Sights and Sounds of Music City 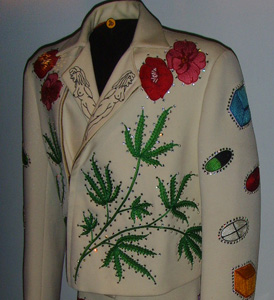 It’s hard not to gasp when you meet Athena. The sculpture of the Greek goddess of war and wisdom is adorned with a fortune in gold leaf, and at 42 feet, she is the tallest indoor sculpture anywhere in the country. Her vantage point inside the Parthenon allows her to look past the building’s huge columns and out into the city she loves and protects – Nashville, Tenn.

Nashville’s full-scale replica of Athens’ ancient Parthenon was constructed for Tennessee’s 1897 Centennial Exposition, and the statue of Athena, also a to-scale replica, was added in 1990. The whole spectacle is one of the more surprising sights to be found in Nashville; but when you realize that Athena is also the goddess of art (She’s a really busy lady!), then who could possibly better represent the place known as Music City?

The list of music stars that have made their names in Nashville is impossibly long. The Grand Ole Opry radio show has been broadcasting since 1925, and for more than 30 of those years (1943-1974), the show originated from the vaunted Ryman Auditorium (116 Fifth Ave. North; ryman.com). The theater is widely recognized as the birthplace of bluegrass music, and so much has happened there over the years that the Ryman has been designated a National Historic Landmark.

Today the venue is still used for concerts, but during the day you can take a self-guided tour through the memorabilia-packed theater. If you take the Ryman’s special backstage tour you can see the exact spot where the Everly Brothers were discovered and stand in the wings where everyone from James Brown to Johnny Cash to Hank Williams stood waiting for their turn on stage. And if you feel really brave, you can drop in at the Ryman’s recording studio and cut your own CD “Live at the Ryman!”

The Country Music Hall of Fame and Museum (222 Fifth Ave. South; countrymusichalloffame.com) houses so much memorabilia that it takes up three full floors of display space. If it has to do with country music or any of its sub-genres, it is here.

Rows and rows of fancy (and humbly plain) guitars, mandolins and fiddles pack display cases while walls are decorated with gold and platinum sales awards. Lots of fashion items are on view as well and among the most interesting are the flashy Nudie suits (Nudie was the designer.) worn by singers like Ray Price and Porter Wagoner. The Nudie suit that belonged to cosmic cowboy Gram Parsons (the Byrds, Flying Burrito Bros.) can be found in the country-rock area along with one of his guitars. The late singer made no secret as to where part of his inspiration came from – his Nudie is lavishly decorated with marijuana leaves.

The Country Music Hall of Fame is also the spot where tours to RCA’s historic Studio B originate. Buy your ticket here and you’ll be taken by coach to the studio known as the “Home of 1000 Hits” where stars like Roy Orbison, Willie Nelson, Elvis Costello and Waylon Jennings recorded, not to mention a fellow by the name of Elvis Presley.

No visit to Nashville would be complete without hearing some live music; just head downtown to Broadway and you’ll find bluegrass at Layla’s Bluegrass Inn (418 Broadway; laylasbluegrassinn.com), western swing at Robert’s Western World (416 Broadway; robertswesternworld.com) and rowdy honky tonk at Tootsies (422 Broadway; tootsies.net). Every other kind of music emanates from the clubs along Broadway too, so just walk a little bit and listen and you’ll be sure to find just the Nashville star you’re looking for.