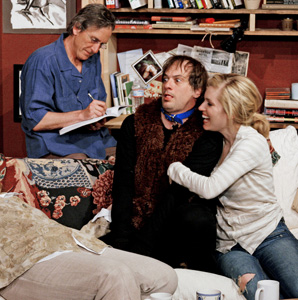 Director Martha Demson falls into the trap of playing everything to almost slapstick proportion. A quieter, more offhand interpretation in places would have made the material and the characters more palatable and served the play’s quirky humor better. The forced optimism at the play’s end doesn’t help either.