Paris Hilton's 'My New BFF': A Guy and Girl’s Perspective 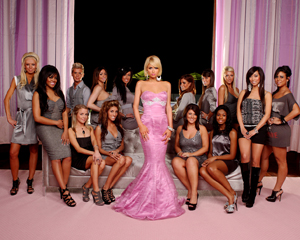 The cast of season two of “My New BFF”
(Credit: MTV)

She looks good, which just might be reason enough for you to tune into the new season of her old show, “My New BFF.” But like the tabloid circuit that has been more than interesting when it comes to this weathered starlet, her second go-around promises more entertainment and a batch of “totally-not-scripted,” 30-minute doses of drama for bored couch potatoes to enjoy all summer long.

In promo clips for the show, Paris Hilton – always in true “Paris” fashion – sternly accuses a promiscuous contestant of being a “tongue rapist,” a hilarious sight plucked straight out of a courtroom. And as expected, Paris’ new season involves an attractive brigade of socialites-in-training doing even more ridiculous challenges: spending time behind bars to prove their devotion to the heiress, clumsily racing to a finish line carrying piles of Louis Vuitton luggage and searching frantically for tiny objects in the biggest cupcake you’ve ever seen – of course, while dressed in what else, their bathing suits.

“It was like my own Paris sorority,” she remarks at a recent press conference.

But besides a pair of stunning, long legs and a mean pose for screaming photographers, you’re wondering what’s in it for me? When asked about important qualities she wants in her new BFF, Hilton, with all sincerity, sees an opportunity for self-gloating and replies, “Well, I’m a very caring and giving person with a big heart. I’m looking for a good person.”

Similarly, Hilton, who coined a catch phrase and created a culture on her declarations of hotness, ditches superficiality and claims, “looks didn’t matter” in her search for the perfect friend. Surely, spotting the BS (e.g. Paris’ on-camera attempt at being deep) while getting a few laughs will definitely make it worth watching.

So, how many BFFs does Paris need? Season one winner Brittany was quickly dumped after Hilton felt she was looking for her own fame (Oh, really?). With shows already in the U.K. and now Dubai, the famous mogul coyly says, “There’s room for BFFs all over the world.”

Contrary to popular belief, you apparently can have more than just one or two best friends.

All my life, I bowed down to the coveted “best friend” title. You are not simply a friend, but of all the people out there, you have scored the ultimate label. You are the best, and no matter who else may come and go, nobody can strip you of that title.

Paris Hilton proved me wrong. After breaking up and making up with BFF Nicole Richie, Paris has since held competitions to crown new BFFs, both in America and abroad. So far she’s racked up two American pals (the first was obviously less-than-best material), in addition to a British chum whom she can visit while in London. But Paris has no intentions of stopping there.

Preparations have been made to fly her to Dubai to find her BEFF (best Emeriti friend forever for those not in the know). Why does Paris need a best friend in Dubai, especially considering she’s spent 28 blissful years without ever having touched ground in the region? You might as well be asking who shot Kennedy. But according to Paris, “there’s always room for BFFs all over the world.”

Don’t get me wrong, I respect a girl who puts wannabes up to impossible challenges like pole dancing, bachelor party planning and the ever important find the prize in the giant cupcake test. After all, she’s just someone trying to “weed out the users and the losers,” as she puts it, and find that one friend who will stand by her through thick or … And Paris is first to admit that while everyone is “hot” on the second season of “My New BFF,” she’s looking for someone genuine, real and caring.

For all those non-believers, this is a show about finding true friendship and embarking on a lifelong relationship of laughter and tears. In Paris’ own words, “It’s like having my own Paris sorority.” It doesn’t get any more real than that.