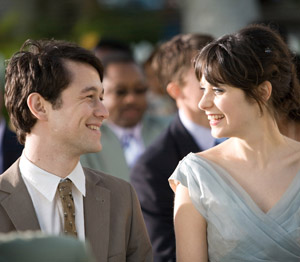 It’s a side of Sin City that you may not expect. Behind the neon signs and flashing bulbs, the scandalously clad dancers and jackpot-winning civilians is an effort that is far from grassroots, but nonetheless attempting to shatter the bulletproof stereotype that Vegas is merely a city of smoke and mirrors.

The 11th Annual CineVegas Film Festival is taking the desert town by storm with a lineup of seven documentaries, five new independent pieces, advance screenings of eight high-profile films, a collection of five midnight, underground and cult classics and 11 shorts from Nevada filmmakers.

The festival will be held at the luxurious Palms Casino Resort and notorious Brenden Theatres in the intoxicating and unpredictable city of Las Vegas. CineVegas has come back every year with works by innovative and renegade artists for an audience of film junkies, journalists and industry professionals.

Very fittingly, Saint John of Las Vegas has been chosen as the opening night film. Starring Steve Buscemi and Sarah Silverman, the film depicts Buscemi as an ex-gambler-turned fraud examiner who must return to Las Vegas to investigate an insurance claim.

Also in line with themes so dear to Sin City’s heart, the festival will conclude with World’s Greatest Dad, a comedy starring Robin Williams about making lemonade from the lemons life hands you, and the price you pay in the end to get exactly what you want.

Other stand out screenings at the festival include Marc Webb’s love story (500) Days of Summer starring Joseph Gordon-Levitt and Zooey Deschanel, Max Mayer’s Adam with Hugh Dancy and Rose Byrne as two 20-somethings in Manhattan and Black Dynamite, a throwback to blaxploitation films of the 1970s.

Of course, it’s still Vegas, and Vegas doesn’t do anything without a party. CineVegas Artistic Director Trevor Groth states, “These films, plus [the] now legendary parties celebrating them, make up six days and nights in Vegas that you won’t want to miss a second of.”