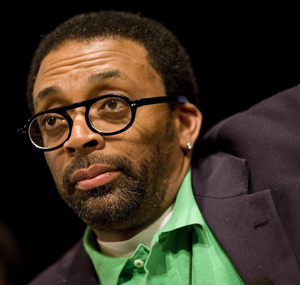 Now that biopics are back in, it’s about time to tackle one of the greats. DreamWorks and Steven Spielberg have acquired the life rights to Martin Luther King, Jr. and are developing a film of his life. It was always in the cards, and it looks as if this one may happen soon.

Many talented actors, including Jeffrey Wright, LeVar Burton and Robert Guillaume, have portrayed Martin Luther King, Jr. as a character in film and TV numerous times since his death in 1968. However, there has never been a definitive film of his life, perhaps until now.

In the current climate of the movie business, biopics of great people tend to be the only films that get made well, the last one of course being Milk. There’s no word yet on a director or writer, but whomever they get is going to have a serious task ahead of them.

Spike Lee’s film Malcolm X, chronicling the life and times of Malcolm X from his life on the street up to his assassination, is not only a brilliant film but also by far one of the best biopics ever made. I would love to see what Lee would do with Dr. King’s life story. Who knows? Maybe Lee will end up doing it.

Back when I was a child my parents took me to see a show called “Blue Man Group” at a small theater in New York. It was too long ago to remember what I expected from the show, but needless to say, it wound up blowing my socks off.

“Blue Man Group” is by far one of the most original and creative pieces of theater I’ve ever seen, and what started in that little theater grew to be an international phenomenon. If you haven’t seen the show, it’s definitely worth checking out, but the big news is they’re going to make a film in IMAX 3-D featuring Blue Man Group, which could not be a more awesome idea.

The film is being directed by new up-and-coming director David Russo who has given this exact description of the project: “the Blue Men entering the brain of a socially and creatively congested person and observing his neural patterns and his habitual brain functions and memory and altering it in a way that helps him bring his inside life outside.” That sounds like two extra-sugary scoops of awesome.

This promises to be an immersive and likely satisfying experience. They’ve got my money, and they haven’t even made it yet.

“Battleship” to the Big Screens

You know what? I think I’ve realized something. Something I probably should’ve realized a while ago but maybe I’ve been blocking it out. Apparently Universal and Hasbro are continuing to exercise their deal to make movies out of their board games and are courting Peter Berg (Hancock, The Kingdom) to direct a movie version of “Battleship.”

As I was trying to figure out how you could connect the game to a movie version, it dawned on me: There is no connection, and you don’t really need one. All you need is the brand name.

At first I asked myself, “Why pay for the brand name of something that has no story, when you can just do an original thing and make all the money?” and then I understood that the whole point is the brand name. If they make this movie, it’ll probably be a generic war-at-sea story, and if you took away the title “Battleship” and renamed it, people probably wouldn’t be able to tell the difference.

That’s why Hollywood is making films based on lots of properties that technically shouldn’t be made into movies. It’s just to have a name that people recognize.

Will I go see Battleship: The Movie? Sure, why not? I hate to say it, but the movie business has left me with no choice but to become one of those people that go see a movie to kill two hours.

Gone are the days when you were entitled to expect a great film, now having low expectations is how you protect yourself and rationalize spending the money. I’m look forward to the days when I can stand outside a movie theater and watch people looking to kill two hours walk into my films with low expectations.