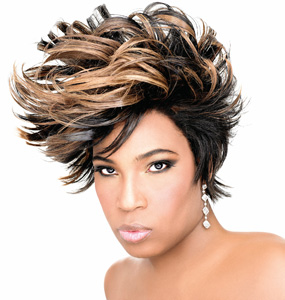 Catch up on everything USC alum Macy Gray has going on.
(Credit: Giuliano Bekor)

USC Alums … Where Are They Now?

Are you wearing Macy Gray’s clothes? Well you could be, sort of. The multi-talented star and USC alum is in the midst of orchestrating a “comeback” that she says will be one of the biggest of all time.

Part of the effort includes the introduction of a new line of clothing; you can keep Macy close to your heart by donning any number of pieces from the spring collection of her SNAC line. If you wear your SNAC outfit to the nightclub you can show it off when the DJ spins Grey’s latest musical offering, the somewhat raunchy single “Slap a Bitch.”

Grey is still working on her next full album so “Slap” will have to hold you for awhile musically, but you can of course always catch Macy the actress on the Starz TV show “Head Case.” Grey recently had a tiff with a writer at the New York Post who quoted her “Head Case” character’s scripted line indicating that she thinks “Obama is hot.” Grey quickly clarified on her MySpace blog that in real life she would much prefer Denzel Washington!

Another in-the-news USC alum is Dexter Holland, singer for the Offspring. Holland took time out from the band’s current tour to make a special guest appearance on the syndicated radio program “Loveline” and then got right back on the road to continue the Offspring’s first full North American tour in four years. The guys have already come through California, but you can catch them in major American cities throughout the summer, and if you’re headed to Europe in August look for shows in England, France, Germany, Slovakia and Hungary.

Rock Your Business with Jam!

Jeff Carlisi, founding member of southern rock hitmakers 38 Special has teamed up with business wunderkind Dan Lipson to author a new book called Jam! Amp Your Team, Rock Your Business. The book is a great primer on how to run a successful business and an entertaining read as well.

Every chapter is named after a hit song (“Born to Run,” “Satisfaction,” “New Kid in Town”), and each segment features Carlisi telling stories from his rock ’n’ roll life with Lipson extrapolating what business lessons can be applied from each situation. There’s even a chapter on whether or not it’s time to give up on any given venture, cleverly titled “Should I Stay or Should I Go.”

L.A. band Phathom will be playing a bunch of dates on this year’s Warped Tour, but if you miss those shows you can still enjoy the band’s music over the summer, and for free. The group has teamed with Rockstar Energy Drink and Gibson to launch a massive online campaign to promote the band whereby two new songs a month will be available for free download at gibson.com.

The band will also be giving away CDs of the new Charlie Paulson-produced (Goldfinger) music at their non-Warped summer gigs, and they’re encouraging fans to bring memory sticks to the shows where they’ll be able to upload any songs they want from Phathom’s catalog. Phathom will appear at Suzie’s in Hermosa Beach June 18 and then perform an acoustic set at Ghetto Gloss in Silver Lake June 25.