Matisyahu: Here for a Reason 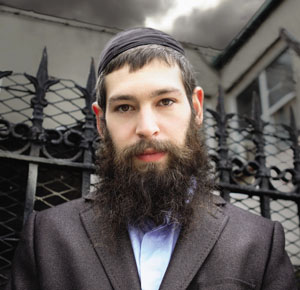 At first glance most would believe Matthew Miller to be a rabbi rather than an inspirational musician, but under his Jewish name, Matisyahu, he takes on a unique persona and spreads a message of belief, hope and strength to the masses. While some may wonder why he has channeled his faith into reggae/rock music, for Miller it is simple: “Through my music I try to help inspire people and make people feel better about being here.”

With a new album due later this summer, Matisyahu has taken to the road to promote Light and do what he does best: connect with his fans. For Matisyahu, his religion and his music go hand in hand.

He is a devout follower of Hasidic Judaism, and his spiritual beliefs penetrate his music in a way that attracts a diverse audience. Because he feels that, “making music is all about listening and what you hear and feel from it,” it is apparent why his music expresses his faith and reaches deep into his audience.

While some may listen to his music simply because they like the sound of it, others truly connect with the lyrics and the overall message Miller offers. In a new song entitled “One Day” the lyric, “don’t take me soon/because I am here for a reason” plays off a message Miller learned from a Rabbi who preached that a person might have come to this world solely to do a favor for one other person. With this type of meaning and hope that Miller’s fans can take away from his music, it is no wonder why he has become a staple on the American reggae scene.

As his album release is drawing near, his summer tour has been going well, according to Miller.

“I love what I am doing now, a summer tour, because there are lots of young people out of school and they are free souls who come to play,” he says.

He especially enjoys small outdoor venues, but Matisyahu puts on a show no matter where he is. His unique musical style allows for him to not only play raw, organic music but also to infuse his songs with synthesized sounds and produce arrays that make for an enjoyable listening experience.

When performing live, Matisyahu doesn’t try to recreate the record live like so many other musicians do, but tries to create yet another unique experience for his fans. Focusing on organic sounds like real drums and limiting sampling allows Matisyahu to deliver something his fans have never heard from him before.

All this talk of expression and feeling has become easier for Matisyahu during this tour as his new band Dub Trio plays a lot of heavy dub style music that’s very meditative and vibey, with long dramatic builds that enhance the delivery of his message. Matiyahu also enjoys the openness he and his band allow for in their live shows. Although they start every song similarly, after they establish a groove, they wander around the melody to create unique musical moments.

“We don’t really repeat moments, so a moment from last night’s show is not going to be repeated tonight,” Matisyahu says.

From the unique experiences that Matisyahu and his band create, they hope to inspire people and express themselves. Matisyahu believes that “people turn on the music and get a certain kind of uplifting kind of feeling from it,” and he is right. With his religiously infused creations Miller successfully reaches his audience while keeping in mind what’s important to him.

Light will be available Aug. 25. Matisyahu will perform as part of project (RED)NIGHTS June 16 at the Wiltern. A portion of the proceeds from this show goes directly to the Global Fund to help fight AIDS in Africa. For more information, visit matisyahuworld.com and joinred.com/rednights.