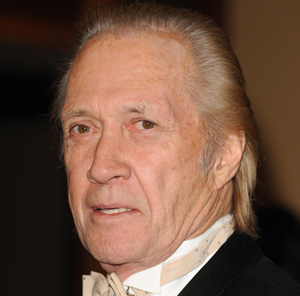 Another star falls from the show business galaxy. Actor David Carradine was found dead recently in a hotel room in Bangkok. He was 72 years old.

Apparently a maid discovered his body in the hotel room’s closet with a rope around his neck. The early speculation is that Carradine committed suicide, but personally, that doesn’t make sense to me.

All we have to go on is what we hear, and it’s impossible to know what’s really going on in someone’s life that would make someone take his or her own life, but my gut feeling is that this wasn’t suicide. There’s already speculation that Carradine’s death was caused by some sort of auto-erotic asphyxiation, but whether or not that will ever be confirmed is still up in the air. Either way, it must be very hard on his family and my prayers go out to them.

Aside from appearing in numerous films and TV shows, Carradine’s most popular roles were his performances as Kwai Chang Caine in the television series “Kung Fu” and Uma Thurman’s arch nemesis Bill in Kill Bill: Vol. 1 & 2. Carradine was a magnificent actor and performer, and he will be sorely missed.

Will the remakes ever stop?

Not anytime soon. No need to worry about forgetting old movies you haven’t seen in a while because Hollywood will make you remember them by remaking them. Short Circuit is next up for the Hollywood-molestation treatment.

The original 1986 film was about a military robot that is struck by lightening and develops a personality. I used to watch that film and it’s sequel Short Circuit 2 all the time when I was a kid, and the magic of those films were that all the robots in them were real.

Unfortunately for movie audiences, a lot of people who have the wherewithal and the resources to make movies don’t want to go with original ideas. Until that changes, we can all look forward to the day they announce remakes of Casablanca, Blade Runner and The Godfather for no better reason other than that “they can.”

It’s apparently open season on just about everything. Universal Pictures has optioned the book series Where’s Waldo? and are planning to turn it into a film.

This is the next development in a new trend of studios optioning things that don’t even have a story to begin with. In the books, you simply have to find Waldo out of a picture filled with people. I believe that a real quirky, interesting story could be created for Where’s Waldo?, but the studios have a habit of settling on stuff that’s less than inspiring.

The big question here is whether or not Waldo is going to be the main character. The whole point of the books is to find him, so to me, that would logically be the task of the protagonist of the film. If they make Waldo the main character, I suppose he would have some sort of goal while other people are trying to find him. Whichever way they go, here’s hoping it’s not sappy and retarded.