UCLA's Screen Stars: Notable Alumni in the World of Cinema and TV 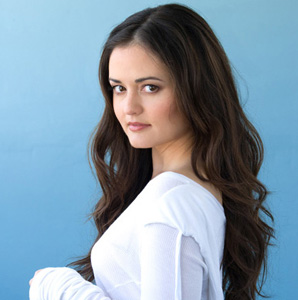 USC may have its “Mafia,” but UCLA has got its share of notable alumni (or almost-alumni) in the biz. Check out some of Hollwood’s most influential players who have spent time studying at UCLA.

Sean Astin: Best known for playing Samwise Gamgee in The Lord of the Rings trilogy and Mikey Walsh in The Goonies, Astin began his career in television at the age of nine.

Jack Black: OK, so Black is actually a UCLA dropout, but this hilarious comedian broke into film while acting with Tim Robbins’ acting troupe at UCLA. Since then, he has gone on to star in School of Rock and fronts the band Tenacious D.

Nicolas Cage: This Academy Award-winning actor is part of the famous Coppola Family and has starred in a wide range of films from National Treasure and its sequel to Adaptation.

Nancy Cartwright: You might know her better as the voice of Bart Simpson, but Cartwright has also lent her vocal talent to the “Rugrats” and “Kim Possible” series.

James Dean: The Rebel Without a Cause star defined what it meant to be cool and made it OK to be an angsty teen before his tragic death in 1955.

Robert Englund: What 12-year-old kid didn’t get nightmares of Freddy Krueger? But little do most people know that this famous baddie’s real passion is making classic style, D-list horror movies.

Will Forte: A history major while at UCLA, this versatile comedian has moved to New York to work on “SNL,” where he plays MacGruber, Tim Calhoun, the Falconer and more.

James Franco: The Pineapple Express heartthrob only recently graduated from UCLA (Class of ’08), but he’s already racked up an impressive resume, with films like Spider-Man and Milk.

Danica McKellar: She’s currently getting face time for her books Math Doesn’t Suck and Kiss My Math, but McKellar first made her mark starring as Winnie Cooper in “The Wonder Years” from 1988 to 1993.

Ben Stiller: Son of Jerry Stiller and Anne Meara, this actor is known for his outlandish characters and has starred in everything from the classic Heavyweights to The Royal Tenenbaums, Zoolander and Tropic Thunder.

George Takei: Not that we think John Cho (Star Trek) was bad, but no one can touch the genius that was “Star Trek”’s original Mr. Sulu.

Milo Ventimiglia: From “Gilmore Girls” to “Heroes,” this Italian hunk has his sights set on the director’s chair.

Dustin Lance Black: He’s the writer/producer responsible for “Big Love” and the Oscar-winning Milk. This former Mormon is now a GLBT activist.

Catherine Hardwicke: Unless you live under a rock, there’s no way you could have missed this director’s vampire romance flick, Twilight.

Rob Reiner: This director is the genius behind The Princess Bride, When Harry Met Sally and This Is Spinal Tap.

Darren Star: Remember the original “Beverly Hills, 90210” and “Melrose Place?” Or how about “Sex and the City?” You have this producer to thank for those.

Gore Verbinski: The Pirates of the Caribbean director started out as a punk rock guitarist, but got his big break when he directed Mouse Hunt in 1997.