Ben Kweller: Changing Horses: A Metaphor for His Life? 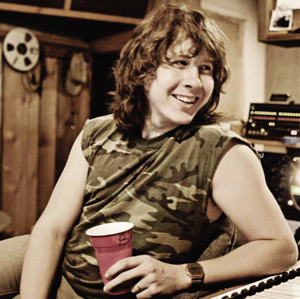 When Ben Kweller steps up to the mic there is a noticeable shift in the room’s energy. A bold air of confidence and down-home ease swirl around him as he gently puts pick to string, transporting captive listeners to his world via song.

Kweller started out as a member of the indie rock group, Radish, when most kids his age were dealing with the complexities of junior high school. The trio was part of a media firestorm that included other mega-hot teen acts such as Ash and Bis.

From there, the singer-songwriter struck out on his own, launching an audacious solo career. It is here that he’s come into his own – not only as an artist, but as a man.

Kweller has continued to plant his fingerprint on the music world with his latest album, Changing Horses. The disc is a departure from the “scene-heavy” references that made him a star. Not only that, but his signature sound has evolved from bubble-grunge to a poignant and melodic country-Americana sound – complete with lyrical heartbreak and enough bravado to give even the most macho of cowboys a swift kick in the ass.

“All I know is for me, country music is all about the stories,” he admits. “[It’s] all about the everyday people going through experiences, good and bad.”

He’s a sympathetic voice, too. Living in Austin, Texas (a nationally renowned college town), Kweller is aware of the toil that the current financial situation has had on his fellow 20-somethings, recent graduates and even his own livelihood.

“The economy thing has really affected record sales,” he says.

He goes on to explain that in the past, it was always easy for an artist to make a living on the road, in spite of the advent of downloaded music. But nowadays? Not so much.

This has galvanized the singer. He is gearing up to open his own studio near his home in Texas, which will allow him to record as freely and often as he’d like with complete control over the finished product. He’ll also be able to work with other artists in the space, which is sure to create a brand new business venture for the 28-year-old.

Kweller’s sense of responsibility may seem a bit ambitious for someone his age, but he’s got something going for him that many contemporaries don’t: a family.

“My son, Dorian, is a little musician,” boasts the singer. “He loves soundcheck!”

With a little one and his wife in tow, Kweller takes to the road to play various domestic dates. He affectionately calls his brood “an RV family,” but admits that traveling abroad poses its own set of issues.

“I mean, it’s hard when I go overseas without them,” he says earnestly.

However, he’s thankful for the opportunity that touring affords him to share his music and the meaning behind each of his songs with adoring fans.

“My music is an extension of me as a person and my experiences of everything going on around me,” explains Kweller.

That’s why when he thinks of all the talent over the years that has inspired his life’s work, he becomes immensely enthusiastic. If given the chance to pick his fantasy tour lineup (if such a dream scenario presented itself), the list is long.

“Oh God, I guess it would be something with Neil Young and the Strokes (back together) and John Prine and Michael Hurley and then Mason Jennings,” he says.

Kweller also drops an exclusive, proclaiming that he and his side-project, the Bens (with Ben Lee and Ben Folds) are hoping to reunite soon. So fans, saddle up.

“Well, we really want to do it. It’s just a matter of scheduling,” he says, adding, “I know it’ll happen.”