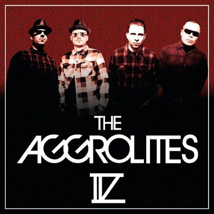 With IV, the Aggrolites proudly boast their self-described dirty reggae that actually sounds cleaner than promised. “Firecracker” tells the story of a short-fused bad boy, and while the opening track’s gusto carries a punch, frontman Jesse Wagner’s attempt at fiery emotions falls short of believable.

Instead, the album’s feel-good tracks provide its foundation and favored funk, prominently heard on the frat-friendly “Wild Time” and “Reggae Summertime.”

Lacking a traditional horn line is no setback as organist Roger Rivas takes the reins as perhaps the most essential instrument that unfortunately goes easily unheard at times. Luckily, he drives the instrumental “Musically On Top” with zippy chops, adds an angelic touch to the already heavenly “Ever Want To Try” and owns the motivational “Keep Moving On.”

A shorter playlist may have benefited IV, but at the same time a few more instrumentals thrown in the mix would have made it complete.