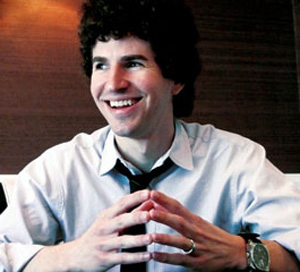 It’s that time of year, whether we like it or not. Excitement and fear, joy and sadness were all in the air this past weekend as the UCLA Class of 2009 took their final bow in Pauley Pavilion on Friday, June 12. Along with friends and family, speakers the likes of Oliver Stone, Arianna Huffington and Linkin Park’s Brad Delson (after James Franco infamously backed out) helped to make the weekend a momentous occasion for all to remember.

Festivities began on Friday with the main graduation ceremonies, and then continued throughout the weekend will each department hosting its own, personalized graduation. Congrats are in order to all the graduates, and I for one would like to toast my fellow classmates. Here’s to a great four years gone by!

Hampton Hotels has announced a new contest for their guests, “Cash for College.” Understanding the financial strain of paying for a college education, Hampton Hotels wants to help you (or your parents) out. Now through December 7, parents who book a hotel room at a Hampton Hotel online at hampton.com/collegetours will be automatically entered to win one of two $5,000 prizes to be applied toward the rising cost of tuition.

Just go to the Web site and enter the promotion code CAMPUS when booking a stay to give yourself the chance to win cash for everything from books to tuition to meal plans. The first grand prize winner will be announced in September, followed by the announcement of the second winner in December. With locations all around the country, there’s a chance for anyone, no matter where you might find yourself, to get a little relief from Hampton Hotels.

The Bregovic Wedding and Funeral Orchestra

On Friday, June 19 and Saturday, June 20, UCLA Live will present a concert performance by the Bregovic Wedding and Funeral Orchestra in Royce Hall on the Westwood campus. The stage will be filled with a lively ensemble that includes a Serbian gypsy band, a 12-piece classical string orchestra, a 15-man choir and electric guitarist and rock drummer, a gypsy singer and two female Bulgarian vocalists.

A household name in his native Balkans for over three decades, Goran Bregovic will be making his West Coast debut with these two performances. Tickets range from $28-$70, with a special $15 price for UCLA students. Performances will be held at 8 p.m. both nights. For more information, visit uclalive.org.