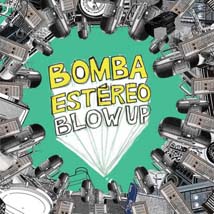 For all its enduring beauty, R.E.M.’s second album lives in the shadow of so many greater records bursting forth from the underground in 1984 – not least by the Replacements and Minutemen, whose embrace by the band was both generous and right. At the time, this croaking folk-rock for the rathskeller dance floor seemed conservative next to even Velvet Underground reissues. Yet a quarter century on, Reckoning sounds less like anything else on earth than even fans thought at the time, its deceptively comfy chimey-ness like the hypnotist’s countdown before true instruction begins. Rugged but impressionistic, classically-structured but with bridges to nowhere, this river-trippy mystery reveals Mike Mills’ bass as the secret melodic weapon behind bleats, harmonies and guitar curlicues, with the reissue remastering Mitch Easter/Don Dixon’s production to bring the parts into focus.

The bonus disc is an exciting live show, the band having graduated from punk clubs to the Aragon Ballroom in Chicago.