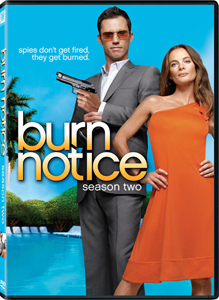 Woody Allen first made the leap from stand-up comedy to movies in 1966 with What’s Up, Tiger Lily? Taking a hokey Japanese spy film, Allen wrote his own absurd script, revolving around a secret egg salad recipe, to be dubbed over the action, augmenting it with scenes he shot himself. While not as funny as Allen’s true directing debut three years later, it’s a great early example of his gift for comic inventiveness with the medium that we would later see in Zelig and The Purple Rose of Cairo.

From Criterion, With Love

One of the key works of the French New Wave, Alain Resnais’ Last Year at Marienbad is a hypnotic, enigmatic meditation on memory and love. Alain Robbe-Grillet, father of the New Novel, made his film debut writing the script. The plot, while open to interpretation, seems to concern a man and a married woman, reunited at a mansion resort. The man tries to convince the woman that they met and fell in love last year and to leave her husband.

A haunting, surreal deconstruction of Hollywood film grammar, it contains more arresting images of beauty than 10 films. Dreamlike tracking shots of mirror-filled corridors and frozen tableaus of the chateau’s black-tie guests, the creepy husband with his ominous parlor game – all add up to a film that will surely repulse some but entrance many.

Thirty-four of animation master Chuck Jones’ theatrical “Tom and Jerry” shorts are now available in a two-disc set, remastered and presented in their original widescreen. Jones took over the famous cat and mouse team in the ’60s, adding a new level of sophistication to the slapstick, with pop cultural references and satire. Included are two documentaries on Jones.

After an alien invasion leaves the Earth decimated, with the end of the world approaching, humanity’s last hope is the titular mechanical angel warrior in “Aquarion.” The complete series is now available.

The second half of the first season of “Kenichi” shows the hero’s rep growing, as he goes from wimp to warrior … sort of, fighting street gangs and trying to get the girl.

Season Two of USA’s espionage dramedy “Burn Notice” comes to DVD. When a CIA Agent is unexplainably “burned,” his assets frozen, identity gone, he’s stuck in Miami trying to get to the bottom of the mystery. Along for the ride are his ex-girlfriend, an ex-IRA agent and Bruce Campbell, adding his singular charm as a retired ally.

The filmmakers behind Hoop Dreams direct At the Death House Door, a damning film about the death penalty. The film follows Carroll Pickett, a former Texas minister to death row inmates who underwent a spiritual crisis, when he came to believe that a man soon to be executed was innocent.

Not even Crispin Glover pulling double duty can make anything interesting of the formulaic silliness that is Simon Says. A group of teens, containing all of the requisite types: the slut, the prudish good girl, the stoner, the beefcake, drive to the woods to pan for gold – doing spring break 1850s style! They soon meet up with two psychotic twin brothers who have rigged the forest with booby traps from the Ewok school of warfare.

“Gossip Girl”’s Blake Lively also stars, and for some reason, felt the need to drag her family into it, too. Glover’s father, Bruce, also has a role.

Pink Panther 2, My Dinner with Jimi, Alice’s House, Domminick Dunne: After the Party