Still Green: The Resurrection of the Indie Drama 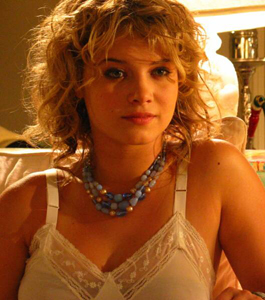 The state of independent film may be on life support, but producer Doug Lloyd is anything but worried.

“I still believe that someone that has a good idea and a good plan of action has the ability to create success,” he says.

His first full-length feature, the coming of age indie drama Still Green, will see its Los Angeles theatrical debut June 27 and a DVD release later this year. Lloyd has every reason to be optimistic, but realizes the current economic climate can pose unease for potential investors.

“Finding funding is pretty tough. But if you can’t handle the extra work and stress then you shouldn’t be making films in the first place.”

Set in coastal South Florida, Still Green tells the story of a group of high school graduates who rent a beach house the summer before college. When tragedy strikes, their friendship and loyalty is put to the ultimate test. Still Green has earned praise from both fans and critics, and has racked up several awards on the festival circuit.

For the past two months, Lloyd and other members of the cast and crew have been on a promotional tour of the film, which had limited theatrical runs in both Massachusetts and Florida. The audience’s reception has been unanimously positive, making the tiresome process of bringing Still Green to theaters all the more rewarding.

“The audience is turning out to be a lot broader than initially anticipated,” Lloyd notes. “The film stars teenagers, but the story goes deeper and has grabbed people of all ages.”

It’s no wonder Still Green has maintained a devoted following when plenty of indie films struggle to find even an audience. Since principal photography began in the summer of 2005, several of the film’s stars have gone on to unparalleled success in both film and television. Sarah Jones, who plays the lovelorn Keri, has had recurring roles in “Big Love” and “The Riches,” while Noah Segan and Ryan Kelley have gone on to star in studio-backed blockbusters.

Although Still Green has consumed the better part of four years for Lloyd, it has not deterred him from jumping head first into his next project. He is working diligently to secure financing for his next feature, Inside the Butterfly Net. The original script was penned by Lloyd’s long-time producing partner Georgia Menides and has already won several competitions.

Still Green will have its West Coast premiere June 27 at Hollywood’s AFI Theatre.