Under Our Skin: Raising Awareness of Lyme Disease 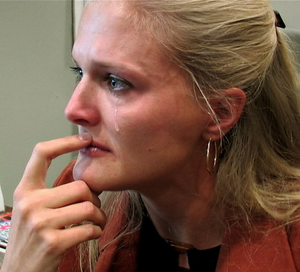 With swine flu a hot item in the news these days, that an epidemic much bigger than swine flu and possibly bigger than AIDS has been lurking right under our noses might surprise many Americans. Yet, the statistics are shocking: 200,000 people contract this disease yearly, many are misdiagnosed as having conditions like fibromyalgia, Multiple Sclerosis (MS) and Lou Gehrig’s Disease (ALS) and still others are sent home with no diagnosis at all, told that their pain and sometimes crippling neurological symptoms are all in their head. The condition? Lyme disease.

The shocking new documentary Under Our Skin examines the facts and politics surrounding the treatment of Lyme disease and follows its sufferers on their journey from illness to recovery. While most cases are spread by a tick bite carrying a spiral shaped bacteria similar to syphilis, the disease is now believed to spread from mother to child in utero as well.

If caught in its early stages, for some, the disease is treatable with a simple course of antibiotics. However, for many, obtaining the diagnosis is delayed by a skeptical, misinformed medical community.

Those who experience long-lasting complications from the disease, called “Chronic Lyme,” find themselves at the center of controversy. By the Center For Disease Control’s official definition, there is no explanation for their lingering, devastating symptoms. Their definition and recommended treatment plan provides the grounds needed for insurance companies to cut off care to patients and for retaliation against “Lyme-literate” doctors whose licenses are often put in jeopardy for the simple act of curing their patients.

For Under Our Skin’s director Andy Abrahams Wilson, Lyme first appeared on his radar when his sister contracted the disease. With a lack of information and unable to understand his sister’s suffering, Wilson reacted in the way many do when confronted with Lyme: with intolerance. Then, when a friend from Northern California became seriously ill, Wilson’s consciousness shifted.

“She had mysterious symptoms; neurological symptoms, cognitive symptoms, physical symptoms. She would walk into the grocery store and forget who she was. She was just really losing it and it was scary,” Wilson recalls. “She was diagnosed with MS and then ALS … then finally, Lyme disease. I was shocked. I thought, ‘Lyme disease can do that? That’s what my sister had 10 years ago!’”

“I didn’t know the details of her experience at the time, which was that she was suffering just like all the other people that I met, not being taken seriously, being sent from doctor to doctor without an adequate diagnosis,” he says.

In making the film, which he sometimes calls “penance” for how he treated his sister during her bout with Lyme, Wilson has helped countless sufferers find solace and understanding.

“The film has galvanized the Lyme disease community, for the first time ever they feel validated and have something to show the people in their lives that represents their story,” Wilson explains. “I think that in itself is very important, because most of the people that suffer from Lyme disease not only suffer from the effects of the disease but also a social disease as well in that they’re very often not taken seriously.”

The film has also become a tool in the struggle for policy change as well. Virginia Congressman Frank Wolf has sent copies of the documentary to the members of the House and Senate Appropriations Committee. Oprah Winfrey recently featured the film on her show and the rest of the media world is also abuzz, fulfilling Wilson’s mission of bringing Lyme disease into the public consciousness.

“We don’t have a Rock Hudson to give us a sort of credence and publicity that AIDS got,” says Wilson, “but we still want this [cinematic release] to be the media event that sort of blows the lid off of the cover, so to speak.”

Under Our Skin releases in select theaters June 26.