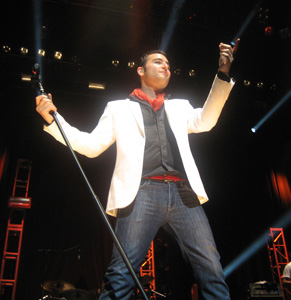 A young crowd comprised mainly of teenagers and college students cheered on the band for the nearly two-hour-long show. Reik performed songs from their three albums Reik, Sequencia (Sequence) and Un Dia Mas (One More Day).

“Inolvidable” (Unforgettable) was the opening tune of the night. Being an upbeat track, the piece definitely got the crowd dancing immediately. “De Que Sirve” (What Does That Do) showered the audience with delightful lyrics and even more beats to move their bodies.

These romantic musicians, who are Baja California natives, certainly gave the public something to remember.