Transformers: Revenge of the Fallen: Will round two take box office gold? 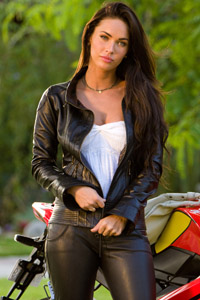 The battle for Earth has begun … again. But this time, the screenwriters have spanned the entire Transformer series to bring an exceptional selection of Decepticons to satisfy all your destructive needs, backed by the Industrial Film & Magic’s top artists. Bringing in more bang for your summer buck, director Michael Bay and company are looking to win the summer movie battle by bringing you the only contender to possibly dethrone Star Trek as the Summer Blockbuster of 2009.

The movie picks back up as Sam Witwicky (Shia LaBeouf) heads off to college, leaving his parents and girlfriend, Mikaela (Megan Fox), back at home. Just as Sam gets through his first day, the robots are back, and this time they need his help.

Reaching back in Transformer mythology, the writers bring to life the origin of the robots’ deep-rooted involvement in the human race. We meet several new creations that push the boundaries of the imagination and technology.

“This movie is seven times bigger … literally,” comments Farrar. “Transformers took up 20 terabytes of disc space, this one consumed 145! At one point in rendering the effects, a computer blew up. It was too much for it to handle.”

The idea that a movie could destroy a computer is as intense as the final product. Never before have scenes been created to challenge filmmakers across the globe to match the visual feat that this team has put forth.

Making sure viewers get the full experience of what it would be like in real life to see Megatron fight Optimus Prime, Bay pushed the IMAX screens to their limit.

“During the fight in the forest when Optimus Prime takes on Megatron and his army, we will actually see him life-size. He would be about three stories tall, and that’s the height of their screens,” comments Bay.

But it’s Devastator, a robot comprised of several other ones (making it the largest Decepticon to date), that has the cast and crew excited. Merging several machines to create one giant robot, this is the star of the scene that blew up Industrial Light & Magic’s computers.

Transformers: Revenge of the Fallen isn’t just about the effects, though. It brings more of the human element into the movie.

Giving more time to Fox and LaBeouf, we get to see a real struggle that is relatable as their relationship matures and faces real issues. With that, the dialogue also grows up.

“The first movie was losing your virginity, and this is the entrance into adulthood,” adds writer Ehren Kruger. “It’s like when I was a kid watching Goonies. I couldn’t believe they were swearing, because it’s what I was just starting to do as well.”

Alongside the record-breaking special effects and pyro is the one actress that is burning up the newsstands, Fox. The first time we see Fox on camera, the shot has one mission, and that’s to get the boys going.

“I had to get it out of the way for the kids,” Bay comments on his long pan up to a pair of tight short shorts.

As the summer heats up, so does the competition to be No. 1. When Transformers: Revenge of the Fallen hits theaters, millions will be watching to see if high-tech effects and skin can topple a clean-cut space fantasy reboot.

Transformers: Revenge of the Fallen releases in theaters June 24.