The King Is Dead, Long Live the King:: The Passing of Michael Jackson 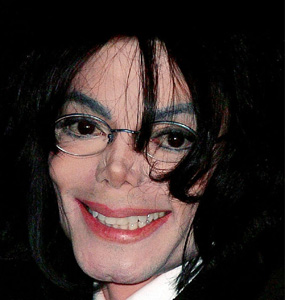 Each of us in our small way, whether along the hot street in Hollywood that serves as the makeshift memorial or listening on the radio to his cavalcade of hits, has been given one more chance to remember the King of Pop as the most iconic and unusual life of the past three decades.

Michael Jackson’s musical brilliance – as a performer, writer and megastar – is unquestioned. So too was his strangeness – the trials and vindicating acquittals for child molestation, the dangerous spending habits, the young boys with whom he was just good friends, a childlike innocence and immaturity (one of the lost children of celebrity), the dramatic skin color and nose structure changes. Towards the end of life, it became extremely difficult to separate the man from the music, the Neverland autocrat from the moonwalking artist.

He was in the purest sense of the word a “pop icon.” Not in the glamorous, invincible People magazine way, but in a sadder, far more real concoction. Maybe because he spent nearly his entire life in the public eye or because he was denied a childhood or because his perfectionism and obsessive desire to be loved were hopelessly unsustainable in the world or perhaps because of all of it, Michael Jackson lived and breathed as the icon and exemplar of the greatness and terrible price of fame and fortune.

His history was one writ large, one with barely a modicum of privacy. His path through stardom, balanced precariously between genius and madness, a scream away from either, played out publicly without a hint of restraint. Yes, he was a favorite punching bag of the media, particularly when he was enveloped in such a hot-button issue like child molestation, but Jackson also shoulders some of the blame.

In his interviews he repeatedly said there was an invisible and sacrosanct line for the media and for fans that shouldn’t be crossed: the King of Pop and Michael Jackson were two different people or personas that did not mix. But in his extravagant and indeed lonely life, Jackson himself didn’t get it. He never knew where to draw that line. Perhaps one day he woke up to realize it didn’t exist, if it ever had.

Rather than being a king, he was a serf to the kingdom of public opinion and media scrutiny. Even in his Neverland hideaway, gaudy and circus-like, he was the attraction rather than the owner. He was an icon in the truest sense of the term – denied humanity, cheered and vilified for his uniqueness and petulance – in a life that was never his own.

For all of Jackson’s triumphs, of which there were many, it is from his tragedies that we can learn most. Jackson’s skills were so otherworldly and his talent so overwhelming that his admissions of being nervous and anxious when dealing with everyday people bespeak the narrowness of his life.

He said often that he felt most at home on the stage, the lit vacuum of euphoria where his explosive gifts made that life easy and fulfilling. When the lights went down, when the concerts and recordings were finished, Jackson’s sequined flashes must have seemed terribly lonely in the darkness. How could a man so skillfully craft the best-selling album of all time and glide effortlessly across the stage in the moonwalk and then dangle his child out of a balcony in Germany? He didn’t know any better or any different.

He was a performer. He knew, singularly, how to perform. His strengths on stage hid his weaknesses off it, and much of the rest of the world must have seemed cruel, dark and confusing.

Jackson’s delirious fans, much like the artist himself, have met his passing with a raucous, crazed outpouring of grief. On television, not an expert, critic or friend has been speechless. No one has met his death with silence; everyone has an opinion, most of them loud.

It’s not for me to tell them how to grieve, but a better memorial would be a private, quiet remembrance of a man who for all of his money, fame and glory lacked quiet and privacy. Rather than hawking T-shirts of the King of Pop, dressing up like one-gloved ghosts and dancing on street corners and screaming at his body like the start of a funereal world tour, why not show a bit of restraint for someone who died too young, who was gone too soon.

Wooden Nickels
My New Year's Resolution: Or, How To Avoid The Question Entirely
45,027 views

Wooden Nickels
The Curious Case of Snow in the Rose Bowl: An Insider’s Chronology
2,522 views

Wooden Nickels
Cable Conversations: Getting My $6 Back from the Robots
2,355 views

Wooden Nickels
Message Gifts: A Festive Way to Tell Them What You Really Think
2,052 views

Wooden Nickels
Getting Rogue-y Up in Here: Brief Encounters with Sarah Palin in Borders Books
2,337 views