Summer Reading List: From Art to Animal Humor, a Handful of Leisure-Time Books 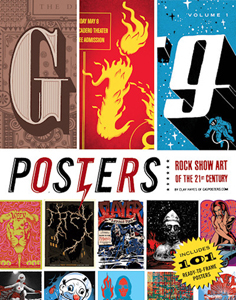 In On Architecture: Collected Reflections on a Century of Change, Ada Louise Huxtable muses on the evolution of a movement over the past century. From Le Corbusier to Mies van der Rohe, this keen observer and journalist weighs the merits of the differing styles and movements that shaped the buildings of the 20th century. Huxtable’s writing spans The New York Times, Wall Street Journal and The New York Review of Books and provides a singular perspective into a fascinating subject.

Besides the cool-looking cover, Book of Rhymes: The Poetics of Hip Hop by Adam Bradley, assistant professor of Literature at Claremont McKenna College, defends rap as poetry, and in doing so, highlights some of the greatest, unrecognized poets of out time. He makes the convincing case that to dismiss this controversial art form would be a great disservice to us all.

B-boying (not to be confused with breakdancing) takes center stage in Joseph Schloss’ Foundation: B-Boys, B-Girls, and Hip-Hop Culture in New York. Schloss, a Visiting Scholar and Adjunct Assistant Professor of Music at New York University, has also been called a “committed floor-rocker” himself. Whether researching the movement or making his own moves, interviewing prominent people within b-boy culture or establishing himself as one of them, this author shines well-deserved light on this hip-hop staple.

Gig Posters Volume 1: Rock Show Art of the 21st Century is a collection of concert artwork, ranging from posters to flyers and handbills, all originating from gigposters.com, the Internet’s first and best resource for concert art since ’01. Each page features an artist and their work, with more than 700 total, including 101 perforated, ready-to-hang posters.

When Martha Cooper and Henry Chalfant’s (Style Wars) Subway Art hit shelves, it launched graffiti to the heights of global phenomenon. Now, 25 years later, Subway Art: 25th Anniversary Edition revisits this wildly creative era, when street kids’ sketches and tags erupted onto walls and trains, that has touched our lives in more ways than we could’ve ever imagined. The new large-format edition offers 70 additional photographs and a new introduction and afterword that details the current whereabouts of the artists and authors.

George Booth’s cartoons for The New Yorker magazine present a singular and humorous slant on life as we know it. His new book, About Dogs, concentrates on the canine point of view with highlights from the author’s 40-year career.

Andrei Codrescu writes books and does commentary for NPR in a class all his own. His latest work, The Posthuman Dada Guide, continues his trajectory into his own unique stratosphere of whimsy. This “impractical handbook for practical living” follows an imaginary chess game between Tristan Tzara and Lenin with an eye toward exploring two 20th century giants.

While no one likes commuting, why not make the most of the experience and do something useful? Henry N. Raymond’s Learn in Your Car French provides an easy and convenient way to practice a new language in time that would otherwise be wasted. With three different levels provided, the CDs can be used by those with varying skill levels. Or, use iSync to practice on your ipod.

Want to learn how to cook old-fashioned American staples like juicy grilled burgers and Southern fried chicken? The Good Home Cookbook by Richard J. Perry is the first and only cookbook entirely tested by the public (the author recruited hundreds of home cooks from all 50 states to test the recipes). With easy-to-follow instructions, vintage-style illustrations and creative menu planning ideas, it’s especially helpful to beginners in the kitchen.

Sometimes a cookbook can act as a travel guide and Lidia’s Italy, by Lidia Matticchio Bastianich, is a terrific example of this. Brimming with recipes from the author’s favorite regions of her native land, Bastianich leads the reader on a gastronomic tour from Istria to Puglia. The beautiful photographs and evocative recipes, like Gemelli with Smothered Cauliflower and Saffron, are sure to transport you.

And Here’s the Kicker: Conversations with 26 Top Humor Writers About Their Craft, by Mike Sacks (available July 8), provides a comprehensive and refreshing look into the minds of some of today’s most successful working writers. From new wunderkinds, like Adam McKay (Step Brothers, Anchorman), to classics, like Buck Henry (The Graduate), Sacks throws everyone a bone. A great read for aspiring Hollywoodites.

A great way to get your literature comes in CD form with Great American Stories. BBC Audio collects 10 works from four American fiction writers. Assembling Mark Twain, Stephen Crane, Ambrose Bierce and Jack London offers the perfect backdrop for a spin through 19th and early 20th century America whether literal or figurative – the perfect CD to take on a hike through nature.

Already one of the most acclaimed new novels of 2009, Reif Larsen’s debut, The Selected Works of T.S. Spivet, deserves every ounce of praise it receives. A book unlike any other in looks and content, Spivet takes a page from children’s literature by featuring drawings, diagrams and photographs to illuminate the language. Charming.

The ultimate summer find, Who is Mark Twain?, by the masterful Mark Twain, arrives with 24 previously unpublished works. Like discovering the Holy Grail, this treasure trove of writing provides another look into the mind of this original and funny thinker who has come to stand for the best of what it means to be an American.

What could be more patriotic than spending Fourth of July weekend taking a country drive and listening to Barack Obama’s Dreams from My Father? A surprisingly good and thoughtful writer, our President’s memoir of his interesting and peripatetic childhood gives an insightful portrait of a future success story. Inspiring.

With money feeling more and more like a long forgotten hallucination, Jamie Jensen’s Road Trip USA: Cross-Country Adventures on America's Two-Lane Highways may be a bright light in the dark wilderness of debt and poverty. Bursting with suggestions for car explorations from Twilight country, like Port Angeles, Wash., to fried catfish at Hal & Mal’s in Mississippi, this book will inspire both big and small jaunts to take your mind off your troubles.

During your next lengthy road trip, perhaps to the Pacific Northwest, consider listening to the riveting and uber popular The Twilight Saga by Stephenie Meyer. Following the tempestuous story of Edward and Bella, star-crossed lovers cursed by her humanness in the face of his vampire-ness, the couple must navigate more than the usual pitfalls of romance. Meyer’s writing, full of cliffhangers and adventure, translates perfectly into audio storytelling.

A light comic novel, from the author of The Book of Ruth and A Map of the World (both Oprah picks), Laura Rider’s Masterpiece is a great find for the beach or the plane. Jane Hamilton’s departure of tone from her usual dysfunctional family fare may well turn out to be the summer read.

Virtual travel for the impoverished can be found in the lonely planet’s The Travel Book. A stocky but chock-full tome bursting with photographs from every single country on the planet (There are 231!), this intriguing book works like a magic pill for the fantasist. Leafing through the pages, it’s easy to imagine visiting exotic locales like Guinea, with it’s “French colonial influences and Mangrove swamps,” or Suriname, offering “giant leatherback turtles.” Also included, are helpful tips like the best times to visit any given place.