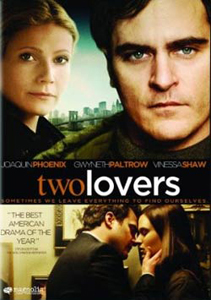 Tokyo! is a three-part anthology film, along the lines of Paris, je t’aime or New York Stories, telling various stories of a single city. Visually inventive filmmakers Michel Gondry, Leos Carax (The Lovers on the Bridge) and Bong Joon-ho (The Host) offer surreal takes on the search for connection in the ultra-modern Japanese city.

Co-writer/star Jon Voight championed the re-release of the newly discovered extended cut of Hal Ashby’s Lookin’ to Get Out. Voight stars alongside Burt Young and Ann-Margret as a down on his luck gambler trying to get back on track. Daughter Angelina Jolie (then 7) also makes a brief appearance.

Though far from Ashby’s best work (Harold and Maude, The Last Detail) the extended cut is a welcome addition to the oeuvre of one of the criminally overshadowed filmmakers of the ’70s.

Arguably Spike Lee’s greatest film, Do the Right Thing, is now available on Blu-ray in a special 20th Anniversary Edition. The film takes place on the hottest day of the summer in a rough Brooklyn neighborhood. Lee stars as Mookie, a delivery guy for an Italian pizzeria run by Danny Aiello, which becomes the focal point for rising racial tension.

Locked-In Syndrome, a poignant documentary by Jean-Jacques Beineix (Diva), tells the story of Jean-Dominique Bauby, the subject of The Diving Bell and the Butterfly. Bauby, who was left paralyzed by a stroke, dictated his memoir by blinking his left eye. This DVD, which is the first of six titles in the The Jean-Jacques Beineix Collection (available July 14), also includes the documentary Otaku about Japanese technological subculture, and his first short film, Mr. Michel’s Dog.

A whole cottage industry has sprung up around the impending Armageddon, raising the stakes on that old marketing staple, fear mongering. From the Mayan calendar, to a 16th Century apothecary’s vague, infinitely open to interpretation predictions, all signs are pointing to 2012 as the big year. The History Channel’s Nostradamus: 2012 examines the warnings.

From the creator of BBC’s “The Office” and “Father Ted” comes “The IT Crowd” (The Complete Second Season now available). The technically clueless Jen is relocated to the basement tech support division of a faceless corporation. Now she’s stuck with a bitter slacker and an uber nerd. While it still resides in passé sitcom territory, the British wit is sharp enough to keep it engaging.

Just when you thought there was no more ground for reality TV to cover, enter “Jockeys.” The first season of the Animal Planet show follows seven 100-pound athletes as not-so-small egos clash and they compete for the big prize.

The Education of Charlie Banks marks the directorial debut of rap-rocker Fred Durst. The tense drama stars The Squid and The Whale’s Jesse Eisenberg as a privileged college student who gets a visit from an old high school acquaintance, the brash, charismatic Jason Ritter. But Ritter soon begins to take over Eisenberg’s life, bringing Eisenberg to a boiling point.