A Round-up of Co-ed Happenings 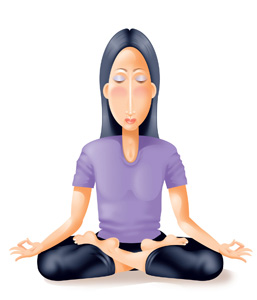 Not So Lazy-Hazy-Crazy Days of Summer

USC Students looking to get in shape this summer with yoga, muscle conditioning and SCycling have the opportunity and prime location. Until July 31, every Monday through Friday from 12 p.m. to 1 p.m., group exercise will be held at the University Park Campus, General William Lyon University Center in the group exercise/SCycling rooms. Students, faculty and staff can keep in shape this lazy summer session. Staff and faculty Lyon Center members can sign up for $20.

Pepperdine Wants You to Take a Hike!

Pepperdine University is offering a complimentary hike Friday, July 10 at Los Robles Open Space, Moorpark Road, in Thousand Oaks. This is a guided hike through a trail during a summer full moon together with panoramic views of the city. You are asked to bring your own water and flashlights and be capable of handling a moderate hike.

Register online at pepperdine.edu/pr/events, or contact Allen Gillespie at allen.gillespie@pepperdine.edu. The hike will begin at 8 p.m. and end at 9:45 p.m., so arrive by 7:45.

New Copley Chair for Costume Design at the UCLA School of Theater, Film and Television

The gift of $6 million to UCLA from newspaper publisher and philanthropist David C. Copley supported the establishment of the David C. Copley Center for the Study of Costume Design, and its chair.

Academy Award nominated costume designer Deborah Nadoolman Landis has been named the new David C. Copley Chair for the Study of Costume Design at the UCLA School of Theater, Film and Television. Landis will serve as the founding director to a center that is the only one of its kind in the world.

As a costume designer, Landis is known for her Academy Award nominated work in Coming to America (1988), as well as the music video for Michael Jackson’s “Thriller” (1983). She has worked with Steven Spielberg, designing the unforgettable Indiana Jones costume for Raiders of the Lost Ark (1981).

Areas of study at the Copley Center will include the history of costume design in Hollywood, costume illustration as an art form, genre research and explorations of the influence of costume design on fashion and culture.

Welcome to Academia Screens at USC

The USC School of Cinematic Arts Alumni Screening Series is having a free showing of Welcome to Academia, Monday, July 6, at 7 p.m. It will be held at University Park Campus in the George Lucas Instructional Building, room 108. The screening will be followed by a Q&A with writer Elzbieta Szoka and producer Sam Adelman. Admission is free and open to all. Make reservations at cinema.usc.edu.

What are a few things that most teenagers want? More freedom, more space to express themselves and, of course, more ideas about the coolest things to do in town! To a certain extent, that’s what MySpace and Facebook are for, but now there’s a new kid in town – the Digital College Network (DCN).

DCN brings students everything from political news to sports (university to intramurals), from musical performances of college bands to interesting lifestyle articles. It’s everything in one place that brings college students all over the United States together, for something bigger and better than they ever imagined in a social network.

DCN is already reaching millions of college students nationwide, through iPod applications dedicated to your specific school and city, through the Internet and TVs around campus. It’s the first time college students can become a part of the social network revolution that is already underway. You can even win contests that will bring pride to your school campus.

College shouldn’t been seen as something to get through in life; it should be about looking at the experience and engaging in something that will make your time spent there worthwhile. For more information, visit dcnlive.com.—Jessica Goodman