The Girl From Monaco 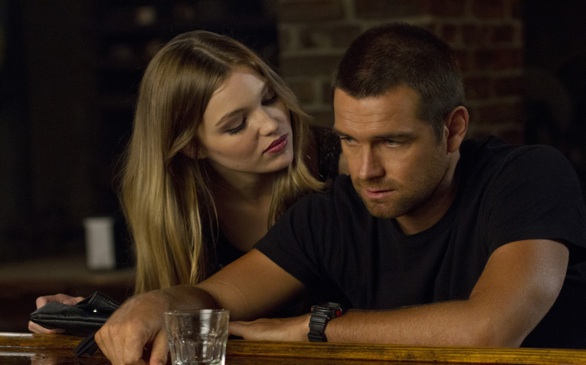 Louise Bourgoin and Roschdy Zem in The Girl From Monaco
(Credit: Courtesy of Magnolia Pictures)

Ah, Monaco. With its mild Mediterranean weather, soothing sandy beaches and proximity to Italy and France, what’s not to love? Known mostly as a vacation retreat city, nothing bad could ever happen here, right?

The Girl From Monaco is the story of Bertrand Beauvois (Fabrice Luchini), an accomplished middle-aged defense lawyer who has moved from Paris to Monaco in order to represent a woman who is suspected of killing a man with ties to the Russian mafia. Because of the case’s high profile, the defendant’s son hires a private security guard to protect Beauvois.

Christophe Abadi’s (Roschdy Zem) presence proves to be both a blessing (the Monaco local knows exactly how things work around the city) and a curse when Beauvois is willingly seduced by the local weather girl Audrey Varella (Louise Bourgoin). But when Beauvois’ relationship with Audrey gets a little out of hand, he turns to his steadfast bodyguard to set things right.

Although it may not sound like it, The Girl From Monaco is an interesting movie about trust, control and love, and since it’s French, it’s also got its share of sexuality. It will probably be billed as a comedy, but really it’s probably more accurate to call it a dramedy. In turns hilarious and dramatic, writer/director Anne Fontaine has made an affecting film that captures moments of real human emotion.

Of course, this is partially because of Fontaine’s brilliant casting and directing. Luchini, one of France’s most famous comedians and stage actors, effortlessly captures the essence of an uptight lawyer who is brilliant in the courtroom, but cannot commit himself in the bedroom. Zem’s masculine sexuality and raw testosterone-charged performance as Christophe is a pitch perfect complement to Beauvois’ timidity, and newcomer Bourgoin’s bubbly, but emotionally ambiguous Audrey is both whimsical and utterly real. It is no wonder that both Zem and Bourgoin were nominated for the French equivalent of the Oscar for their performances.

The film’s only downfall is in its ending. Despite getting good marks for everything from the acting to the soundtrack (watch out for Barry White), the twist at the end doesn’t make any sense. Maybe it’s just that our “CSI” and “Law & Order”-saturated culture is trained to pick out such incongruences, but it had me scratching my head.

In the end, The Girl From Monaco is both visually and intellectually appealing, and in watching it, you get the sense that you just saw something real. Although the story is a little weak, it’s still a fun romp around Monaco.

The Girl From Monaco releases in select theaters July 3.