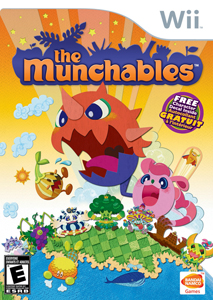 While most haters would agree that video games are for nerds, those who actually live in the real world tend to divide games by whether they are for an adult audience or a kid audience. Granted, some games like “Grand Theft Auto” or “Barbie Horse Adventures” fall into pretty clean-cut lines, but this isn’t always the case. The ultimate icon of this multi-generational trend is Mario, the Japanese-created Italian plumber whose exploits seem to draw in older gamers almost more fervently than younger ones.

Some games, however, seem more interested in confusing the lines. The ultimate example of this is the cult favorite “Conker’s Bad Fur Day.” In this gross-out classic, the cuddly squirrel named Conker starts off at a pub and ends in an adventure filled with public indecency, lewd characters and quite possibly the most disgusting, corn-filled boss of all time. Needless to say, the game industry has not been following the trends set by this game and we are all poorer for it.

Rather than focusing on the gross, the trend in cute games for older gamers turned to violence. Whether you were hunting down cute little creatures in “Raze’s Hell” or using cuddly ammo in “Oddworld: Stranger’s Wrath,” both styles shared extreme violence and underwhelming public appeal. This has not stopped developers from making bloody cute games – like the upcoming “Fairytale Fights” where you play as fairytale characters who hopes to regain their lost popularity by spilling their rivals’ blood – but many players just can’t love these titles.

Cute violence is not a lost cause, though. Games like “Katamari Damacy” – the game where you destroy homes, cities and whole planets by rolling an ever-growing ball of junk – give the general feel of mayhem and destruction, yet still manage to keep it whimsical enough that you could still have your kid brother play without feeling bad. Just like Mario stomping turtles to death, as long as it’s cartoony, players of all ages seem fine with a bit of violence.

This month has seen the introduction of two notable cute yet violent goodies. “The Munchables” acts as a sort of spiritual successor to “Katamari Damacy,” replacing the ball with a toothy yet cute little creature that literally eats walking fruits and vegetables to death. Just like Katamari, these munchy little creatures grow as they consume, allowing the player to access larger areas of the map. Likewise, the larger you grow, the more food creatures start to fear your ever-chomping jaw and run away in a desperate attempt to avoid a toothy fate.

While “The Munchables” does skew a bit towards the younger audience, it is still an engrossing bit of gameplay. The various power-ups and tactics you can use to rip anthropomorphic food apart and then consume them keep the game fresh and fast-paced, plus the generally single-minded hunger of the cute protagonists reminds you that they are still cute little killing machines.

The other cute bit of carnage is “Patapon 2.” This sequel returns to the world of these adorable, one-eyed tribesmen who are eager to slaughter animals and rival tribes at your command. To deliver your fatal edicts, you simply have to keep steady beats on four drums and the Patapon will happily sing, dance and murder your foes. This clever mix of real-time strategy and rhythm is as addictive as it was in the first title, plus the additions of multiplayer and the new Hero character greatly expand the experience.

And so, like the weapon-wielding Patapon, graphically cute yet destructive and violent games march on triumphantly.