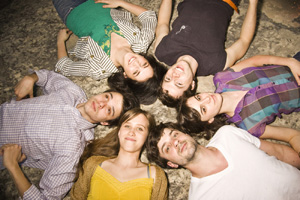 “I hear big riffs that make me think of classic rock so I think, ‘Is this Led Zeppelin deconstructed?’ I hear folk guitar picking and gorgeous strings so I think, ‘Is this ’60s folk-pop re-imagined?’ But as is usually the case, my lame attempts at categorization fade away, and soon all I can hear is Dirty Projectors.”

Dirty Projectors play the Troubadour July 8, and Bitte Orca is available now in all the usual formats, plus as a limited edition cassette.

Dez Fafara couldn’t be more excited about DevilDriver’s spot on this year’s Thrash & Burn Tour. The outing allows Fafara’s band to headline a full tour in major markets for the first time ever and pairs DevilDriver with up-and-coming underground bands like My Children My Bride, For the Fallen Dreams and Oceano.

“We are elated to come together to support the underground,” says Fafara. “A full package of amazing bands with a wide range of different styles and sounds will make for an insanely killer time for those who come out to the shows. Raise your glasses; this will be a tour to remember! Hail!”

Emmure, Veil of Maya, Despised Icon, Periphery and Thy Will Be Done are also on the slate. The Thrash & Burn Tour stops at the House of Blues Sunset Strip July 25.

Catch the Bus, Listen to Mutemath

The new Mutemath album, Armistice, won’t hit the streets until Aug. 18, but the band has come up with a unique way for fans to hear the music before then. Pre-sales of a special VIP bundle have begun and that package includes a ticket to Mutemath’s mobile listening party aboard the Teleprompt/Warner Bros. Records tour bus that’ll roll into Los Angeles Saturday, July 11.

Purchasers of the VIP package will also receive a ticket to a Mutemath show of their choice, a copy of Armistice, an exclusive listening party T-shirt, an album artwork lithograph signed by the band, immediate download of the album’s first two singles, plus two non-album B-sides and a limited edition “First in Line” pass. The final item in the bundle is the invitation to the listening party aboard the bus. Orders for the bundle are being taken at mutemath.com.

Miss Derringer Shoot it Out on Winter Hill

The new Miss Derringer album, Winter Hill, is loaded with songs with titles like “Drop Shot Dead,” “Bulletproof Heart” and “Heartbreaks & Razorblades” – just a bunch of stories about boy trying to catch girl, right? Not exactly.

The album is loosely based on a much more serious topic; the 1960 Irish mob war between Boston’s infamous Winter Hill gang and their rivals. The band is inspired by girl-group music of the era but singer Liz McGrath says she realizes not everything was as pretty as the songs back then.

“As I read more and more about the gang I realized that a lot of the music we find inspiration in like that of the Shangri-Las and the Ronettes, etc., was probably coming out of the car stereos while a gangster in the back seat wrapped piano wire around the neck of a gangster in the front seat.”

Winter Hill drops July 14 and Miss Derringer will be playing selections from the album during their July 18 show at the Knitting Factory.