Interleague Play is Simply Not Fair 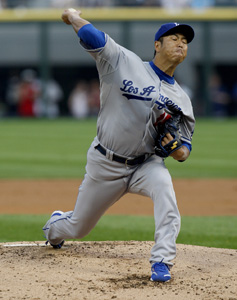 The Dodgers wrapped up interleague play last Sunday against the Seattle Mariners with a 4-2 loss, making them perfectly even (9-9) against the American League. Not too shabby, until you consider the fact that the Dodgers have the best record in baseball. One would hope they could play something better than mediocre ball against teams they might meet in say, a World Championship Series.

With the loss to the Mariners, the Dodgers lost their second consecutive three-game series. The first coming against the Chicago White Sox, the very team whose spring training facilities they share in Glendale, Ariz.

They literally practiced across the field from one another at Camelback Ranch, so you would think they have some familiarity with one another. In that case the excuse often used in interleague play, that you simply weren’t prepared, doesn’t quite hold.

But there are plenty of other reasons to detest interleague play from a player’s perspective. One reason is that it is simply not fair. With the introduction of a wild card team that plays in the postseason, you have what amounts to a fourth division.

And since teams of each division play only select teams, it is impossible to ensure that some teams are not getting the short end of the stick by having to play all good teams in the other league. Up until recently the Dodgers have not been concerned with such things, as they have led in their own division by substantial margins.

Sunday’s loss was the fourth in five games, and little stirrings of “uh-oh” were felt around Dodgertown.

Perhaps the bubble is burst. The Dodgers, who were riding so high with their league leading best record, are now brought back to earth.

There still remains the question of who will be the dominant starting pitcher as the season progresses. Each of the candidates previously discussed; Hiroki Kuroda, Chad Billingsley and even Randy Wolf have performed erratically of late. Of the three, only Kuroda has pitched more than six innings in the last couple starts. While speculation abounds about the possibility of acquiring another arm to power the Dodgers over the long haul, it may be just a matter of accepting what they’ve got, as unsettling as that may be.

On an exciting side note, Manny Ramirez will return after his 50-game suspension to play with the Dodgers July 3 in San Diego.