One on One with Brian Sheridan: Heritage Square Museum’s Director of Development and Communications 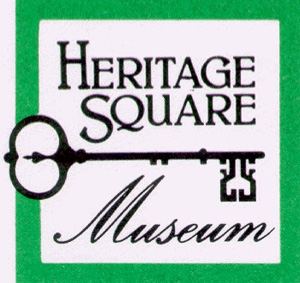 Brian Sheridan, the Director of Development and Communications at Heritage Square Museum, spoke with Campus Circle about the exhibit, Lost to Progress: The Modernization of Los Angeles which ended June 28 and was brought in to coincide with National Preservation Month, and how the exhibit that will be replacing it, Paving the Way: The Stories Behind the Names of L.A.’s Streets, is a natural progression from its predecessor.

Why was Lost to Progress: The Modernization of Los Angeles (which explored the evolution of Los Angeles through the examination of three lost neighborhoods: Bunker Hill, Chavez Ravine and the original Chinatown) such an important exhibit?

I think Lost to Progress is a fun, interesting look at what could have been saved, but wasn’t. I think it’s important to see the images of the three neighborhoods together to see the similarities. After all, if it could happen then – why couldn’t it happen again? Actually, it still does.

If you were here on March 22 for LA Heritage Day, you would have seen something amazing. Over 65 history and preservation-based groups showed up to represent their collective histories to the general public. Not 10, 20 or 40, but 65! Despite the rain, over 850 attended this day. Clearly, there is a large contingent of people who know and understand that history in Southern California doesn’t begin after 1950. Lost to Progress shows what happens when people aren’t there to protect the areas they care about.

How is the follow-up exhibit, Paving the Way, a natural progression from Lost to Progress?

The architecture may be interesting, even superb. But preservation is about people, and people are what matter. In both examples, that’s precisely the point. History is about people and through these exhibits people will learn the fascinating stories of their accomplishments and their legacy to us. For nearly two centuries, L.A.’s movers and shakers have named streets after themselves, family members or associates. They are the ones who developed the city, creating residential tracts, commercial districts, major boulevards and obscure passages. They are the streets we still travel today, named after people long forgotten. Although they created the blueprint for our existing streetscape, some names seem obvious, such as, Pico and Mulholland, but others, such as Fickett, Ducommun and Larrabee have been lost in the shuffle of history.

Explain more about Heritage Square Museum and its purpose.

Heritage Square Museum tells the story of the development of Southern California like no place else. I can truly say that because of our unique development. When we started back in 1969, there was no preservation movement, at least not one like we see today. It would be years before the preservation community would garner the political strength it has today. It took a forward group of thinkers to say “enough is enough” and create a space where endangered architectural treasures could go.

And, we are completely unique in the sense that we are a living, breathing museum. There is no place else in Los Angeles proper where this type of development has occurred. In a couple of places, such as Carrol Avenue, some of the homes have been moved and saved, but they are also lived in by families, not used as a tool for protecting and interpreting our past.

I think there is a lot of controversy over the idea of historic landmark status. Developers act as if by placing something in that status, their hands are completely tied when, in fact, they are not. Furthermore, protecting something can make it much more appealing and much more valuable, Old Town Pasadena, being a perfect example. As evidence of this, just look at many of Rick Caruso’s projects. Quite intentionally, Mr. Caruso is giving his projects an “old-fashioned” classic look. I think more and more people realize this, even to the extent that they exaggerate the benefits, which is why there is currently a backlog of neighborhoods in this city requesting HPOZ status (Historic Preservation Overlay Zone).

How do you think L.A. residents should honor National Preservation Month?

I think they should get involved, either by becoming members or volunteering, with one of their local preservation groups. They can visit laheritage.blogspot.com for a small list of what’s out there.

As the reinvention of Los Angeles continues, the public is often told it needs large-scale public works development projects and that eminent domain is a necessary means to achieving a positive end. Examining these neighborhoods, now forgotten or reduced to street names, visitors to the exhibit are asked “Was it worth it?”

Why do you think it’s important to check out Heritage Square all year, and not just during National Preservation Month?

This is our 40th Anniversary and we are celebrating with 40 happenings. So, just about any weekend, you’ll be sure to find something going on. In July alone we have a Free Concert Series every Thursday starting July 16 with the Grammy award-winning Mariachi Divas. Beginning July 11, we’ve got Classic and Silent movies. In September we’ll be hosting our 40th Anniversary Fundraiser. Since one of the things we do really well at the museum is living history, we’ve got one of the best Halloween (Victorian Mourning tours) and Christmas (Annual Lamplight Celebration) in Southern California.