The Coral: The Coral 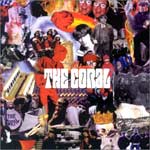 It seems that most of the bands reaping success in the U.S. these days have the moniker "The" attached to their names; there’s The Strokes, The Hives, The White Stripes and The Vines, to name but a few. And now a group of young lads from Merseyside, England called The Coral are ready to leave their imprint in America as well with their self-titled debut album.

The Coral’s music is an exotic mix-mash of sounds from the Beach Boys, Pink Floyd, psychedelic tunes, big band jazz, traditional folk, and sea shanties. Many of the songs on the album sound eerie and haunted with cryptic beats and a super fast tempo. "Badman" has unpredictable melodies that are balanced nicely with short, simple lyrics. "Skeleton Key" is a frantic mixture of experimental sounds, and "Dreaming of You" is catchy and hard to ignore.