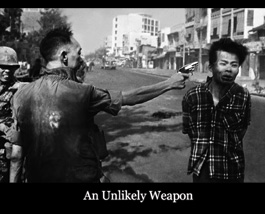 Best known for Saigon Execution, his Pulitzer prize-winning 1968 photograph of Saigon police chief General Loan shooting a Vietcong prisoner point-blank in the head, Eddie Adams never set out to be a hero. He was tenacious, ambitious, highly opinionated and immensely talented at capturing human emotion and complexity, but he was not a good guy, he admits in Susan Morgan Cooper’s documentary An Unlikely Weapon.

And though the history-altering photo is credited with helping to end the Vietnam War, Adams was not impressed with it.

“It’s not a great work of art,” he explains in the film. The light wasn’t right, he continues, terrible composition.

Dave Navarro has the picture on his wall to remind him of human suffering. Woody Allen sits in front of it in Stardust Memories. That photo, that 1/500th of a second, would haunt Adams forever.

He deeply regrets that two people’s lives were destroyed that day, referring to that of the prisoner and the general.

In 1977, after the war, Adams went to Thailand to document the thousands of refugees fleeing Vietnam. He jumped on a 30-foot fishing boat with 50 people who had been out to sea for five days. His series of photos, The Boat Of No Smiles, swayed President Carter and Congress to allow 250,000 Vietnamese refugees into the United States.

“It’s the only thing I did in my life that was good,” Adams states.

The brilliant photo historian covered 13 wars and snapped six American Presidents and countless celebrities and important historical figures. Though every newsman (Tom Brokaw, Peter Jennings) and editor (Walter Anderson, Parade) was completely in awe of his work, he was his own worst critic.

After documenting the enormous cost of war in lives, Adams also made a name for himself shooting people in the public eye. He took the photo of Clint Eastwood that would become the poster for Unforgiven. He shot the Beatles, Adrien Brody, Morgan Freeman, Marc Anthony and numerous layouts for Penthouse. He opened a studio in Manhattan called the Bathhouse that became notorious equally for its parties as its precious art.

As Walter Anderson of Parade comments, he was an “editor’s dream and nightmare; one of the biggest pains in the ass of journalism.”

Though he was known for his abrasive 'tude and biting tongue, Adams was also a caring friend and humanitarian, loving husband and one of the greatest photojournalists of his time (1933-2004).


An Unlikely Weapon releases in select theaters July 10.
Article posted on 7/2/2009
This article has been viewed 4217 times. 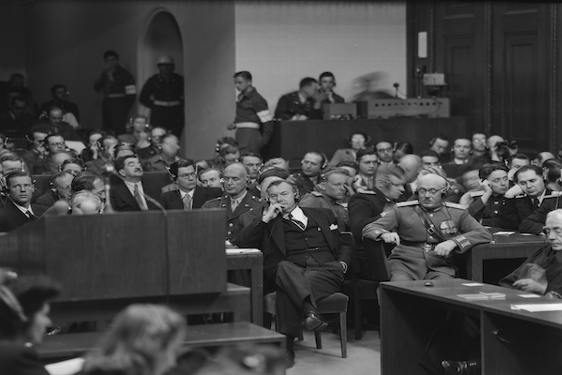 Movie Reviews
Baumbach struggles to get his arms around DeLillo’s ‘White Noise,’ but he gives it ol’ college try
337 views