In Celebration of Michael Jackson: A Semi-Permanent Exhibit at the Grammy Museum 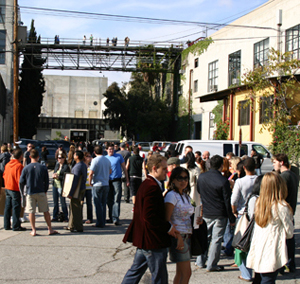 Like a snake charmer, all that was necessary was a single wave from the jeweled hand of Michael Jackson, and we were at his mercy.

While his face morphed into a dozen different permeations, almost as it did so mind-blowingly in the video for “Black Or White,” we followed him, loyal subjects of the King of Pop. Our first introduction was to the beaming smile and clear, ringing falsetto bursting out of the little boy with a pillowy Afro.

Soon, we fell in love with the Jheri curled young man in a zippered red leather jacket whose feet walked like he was on the moon and, eventually, we watched the unraveling of an almost unrecognizable, ghostly white recluse. Like a criminal (a “Smooth Criminal,” if you’ll pardon the indulgence) on the run, perhaps from himself or his past, he asked surgeons to remake him into someone unfamiliar. But Michael Jackson, in any of his many forms, will always be a touchstone.

His sudden passing on June 25 left a wake of shock and grief that hung palpably in the air and the world scrambling for ways to connect to the memory we all treasured. To honor that legacy, the Grammy Museum at LA Live has created what will be one of their first semi-permanent instillations, an ode to MJ.

Entering the mini-Michael wing, visitors are greeted by a video curving across the wall on two giant screens featuring Jackson’s past Grammy performances. Spanning almost two decades, the videos begin in 1974 with Michael and his brothers announcing nominees through song and ending with his seven-minute solo spectacular from the 1988 Grammys.

Enshrined next to the videos are four jewel encrusted jackets, two sequined gloves and the piece de resistance, the white Hugo Boss suit Jackson wore on the cover of the Thriller album. It’s a small tribute to a towering talent who will never be forgotten.