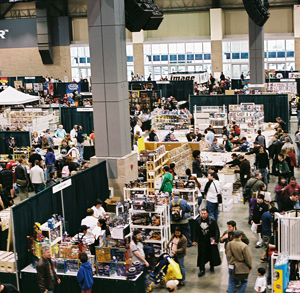 Holy $#!+, Batman! It’s almost that time of year again, that final weekend of July when nerds of every faith (anime, comic book, sci-fi, video game, movies, TV, etc.) descend on San Diego to commune with fans and creators alike. From its meager beginnings with attendance of 145 in 1970, Comic-Con has grown to welcome upwards of 126,000 and this year will be an all-time high.

Although it is named Comic-Con, sequential art is certainly not the only subject. Panels featuring the cast and crews from many of the most popular TV shows and films will be on hand answering questions and revealing what to expect in upcoming seasons. Preview screenings of upcoming films are also common.