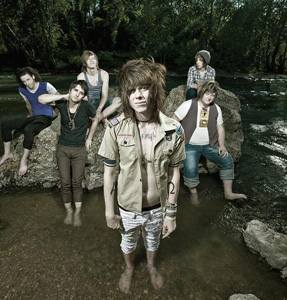 Never Shout Never made an appearence at Knitting Factory.

You know when you’re in a venue full of 13-year-old girls screaming because the guitar tech is sound checking before the first band has even gone on that you should likely brace yourself for a long night. If you’re over the legal drinking age yourself, that is.

Luckily, despite having a fan base reminiscent of an *NSYNC audience in the late ’90s, opening bands the Ready Set and Never Shout Never showed likeable and charming stage presence that was, of course, still entirely wholesome. Between the former’s electro-synth stylings and the latter’s indie-acoustic leanings, it’s reassuring that at least a few of the current tween sensations have some substance behind their music. And then there are bands like Boys Like Girls.