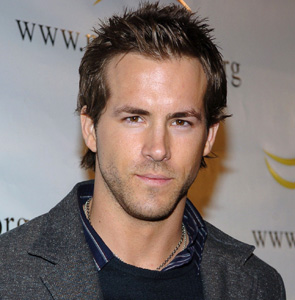 More superheroes. I know, big surprise. On the brighter side this movie feels as promising as one can get these days. Ryan Reynolds has been cast as the title character in Green Lantern, an adaptation of the DC comic book character. It’s reported he beat out Bradley Cooper (The Hangover, He’s Just Not That Into You) and Justin Timberlake (duh) for the role.

Green Lantern is a superhero who wields a green ring with serious powers and can use it to create physical objects to fight with. He also has the capability of flight.

I don’t know the character well because I’m not really a fan, but Reynolds feels like a pretty good choice for it. I know Cooper has a great performance in him and I like Timberlake, but I’m not convinced JT would be a good fit for a major superhero.

What excites me about this film is that it’s being directed by Martin Campbell, director of two of the best James Bond films: GoldenEye starring Pierce Brosnan and Casino Royale starring Daniel Craig. Campbell is an awesome director and brings a lot of promise to this project.

Going back to Reynolds, so far in his career he seems to always be cast as the wisecracker. In most of the films I’ve seen him in he plays characters who are always pumping out sarcasm and cracking jokes. It’s impossible to say for sure, but maybe the filmmakers have decided to take the character in that direction which is why they cast him.

I like Reynolds, and I’m looking forward to when he gets a role that really challenges him and brings out a classic performance. What’s interesting is that Reynolds appeared in X-Men Origins: Wolverine as the character Deadpool, and the end of that film saw a setup for that character’s own franchise.

It’s kind of weird to think of the same actor portraying two superheroes at the same time, but what the hell. At the end of the day, it all comes down to the script and the director and the magic that happens when all the elements fall into place. Here’s to hoping everything falls into place on this.

Now is a great time to bring Jack Kevorkian back, cause Hollywood needs to be euthanized. Just kidding.

HBO has cast Al Pacino, Susan Sarandon and John Goodman to star in a biopic of Jack Kevorkian titled You Don’t Know Jack, with Pacino in the title role. I’m excited about this because I think we need a break from biopics about musicians and politicians.

The film is going to be directed by the awesome Barry Levinson (What Just Happened, Wag the Dog) and follows Kevorkian as he develops devices for euthanasia and wages a legal battle to defend a person’s right to die. Goodman and Sarandon star as supporters and friends of Kevorkian.

On one hand I believe a person should have the right to die if they want it, but on the other side, what if a person is depressed and thinks he or she wants to die, but really doesn’t? Sometimes people get so down in the dumps that in the moment they feel they want to die, but if they were to endure, they would discover they were just lost.

If you can just go kill yourself like you can just go get a nose job, would more people do it? Although it seems like euthanasia should be reserved for those who are terminally ill, we all know the line would get blurred without some restrictions.

Euthanasia makes the most sense if we’re talking about people who are in a tremendous amount of incurable pain and/or are definitely going to die in an unpleasant way. Unfortunately, this is definitely a subject that doesn’t have a clear answer. How can anyone determine whether another person is capable of pulling his or her life together health-wise or psychologically or not?

All I know is that it’s better to choose life if your heart, soul and body can do it. That, and people who are anti-gay marriage are jackasses.