So Many Dynamos: The Loud Wars 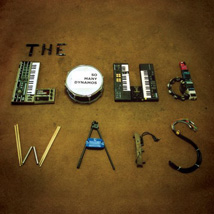 Unless you’ve spent time recently in the Midwest or East Coast (or possibly just follow SXSW’s lineup religiously), chances are the Illinois-based So Many Dynamos haven’t registered on your musical radar. With a sound somewhere between the ridiculous (or ridiculously fantastic) mess that is Foxy Shazam and LCD Soundsystem.

Really, parts of The Loud Wars are beautiful, with catchy, dance-y beats and melodic vocals overlaid with electro flourishes. But oftentimes, dissonant guitar riffs or (less often) vocals drown out these unique touches to produce something that sounds like … well, a war between two songs. And I’m not entirely convinced that this is a good thing, especially when its frequency is considered.

The one bit of the album that was absolutely awesome, though, was the lyric book. Yes, I know, in this world of digital music, who cares about the liner? And yes, it IS more about the music than anything else, but fans of Chuck Klosterman novels will appreciate the use of footnotes. That’s right. Footnotes. It’s like a running commentary that gives little factoids and whether it’s the origin a line or a tidbit about the construction of the music, it makes each song both fascinating and memorable.

In the end, though, The Loud Wars might be the most aptly named album of all time. It’s got an interesting sound, but it’s probably going to be better used for impressing your pretentious indie friend than actually listening to on a long-term basis. Unless you actually are that indie kid, and in that case, you should probably pick up this album before your other indie friends find out.


The Loud Wars is currently available.
Article posted on 7/22/2009
This article has been viewed 1391 times.