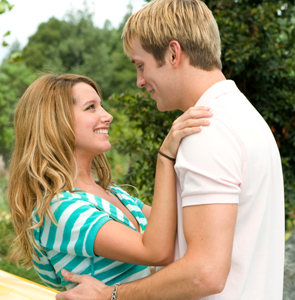 Vampires are so in right now – just ask the 14-year-olds giggling over the tabloid spreads of Robert Pattinson and Kristen Stewart or the millions of Americans tuning into HBO’s “True Blood” each Sunday night. Yet Twentieth Century Fox is attempting to revive another somewhat mythical creature, and though it will not drive a stake through the heart of the vampire franchise, it will at least give the pallid bloodsuckers a run for their money.

A suspend-all-disbelief family action flick where the kids are more astute than the adults, Aliens in the Attic, which was co-scripted by one of the writers of Madagascar and the award-winning Wallace & Gromit: Curse of the Were-Rabbit, is a sunny take on the classic mankind versus aliens story. There are no grand-scale attacks on the Capitol and the White House or intricate crop circles covering acres of land in Aliens in the Attic – instead, there are literally knee-high aliens invading an attic of a pleasant summer home in Michigan.

After the CGI-laden Transformers 2, Aliens in the Attic’s sparse use of green screen comes as a breath of fresh air. Most of the filming was done on location in New Zealand, where the actors acted and reacted to what Tisdale describes as “a green stuffie – like a bean bag doll that acted as the alien.”

“Marquettes,” Jenkins corrects her. “They were used to line up the shots. We were very careful about everyone having the same eye line and being on the same page of what we were reacting to.”

The actors also performed most of their own stunts, a challenge they fully embraced.

“I’m never intimidated by that stuff,” Tisdale says. “The movies I’m attracted to are always challenging because I like to see what I can accomplish.”

Hoffman, a classically trained dancer in everything from ballet to hip-hop and the star of the box office hit Step Up 2: The Streets, found he was able to pull from his extensive dance background for his physically demanding scenes.

“My background in creative movement was absolutely instrumental,” Hoffman says. “Not only did I have this library of moves, but it also allowed me to be really free and come up with certain gags and tricks for the scene.”

It was this scene that convinced Roberts to do the film.

“My back took a beating in that scene, for sure,” Hoffman adds.

While the kids in the film were terrified by laser gun-toting aliens pounding away on the walls and floor of the creaky old attic, the actors claimed there were other places in the house they tried to avoid as kids.

“For me, it was under the front porch,” Hoffman says.

“I thought Chuckie lived in the basement,” Tisdale laughs. “I was convinced.”

Aliens in the Attic releases in theaters July 31.